Home Top Stories Mayor is in the frame

Outgoing West Norfolk Mayor Nick Daubney has been presented with a portrait to round off his year of civic duty.

The portrait, taken by Your Local Paper photographer Paul Tibbs, will hang in King’s Lynn Town Hall alongside those of other former borough mayors.

Mr Daubney, who did not stand for re-election this month, was yesterday due to hand over the mayor’s chain of office to Geoff Hipperson, of Shouldham, at the traditional mayor-making ceremony in the town hall.

During his time as mayor, Mr Daubney and his wife Cheryl  have attended a wide range of events.

He was elected as a Conservative borough councillor in 1999 and was council leader from 2007 to 2016.

Posing for the official portrait is a tradition for serving mayors and the picture was commissioned by Your Local Paper.

“I am always so honoured to be involved,” Mr Taylor said.

“It is a fantastic portrait and very well-deserved. Our borough mayors do wonderful work and it is important we celebrate that. I’m especially proud this year as Nick is a personal friend and has been for more than 20 years so it made this presentation extra special.” 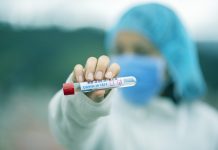 County leads the way with Test and Trace 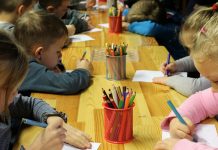 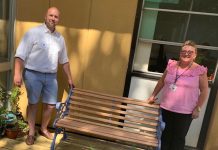 In memory of Chrissie

‘We want our schools to be vibrant places for the children...