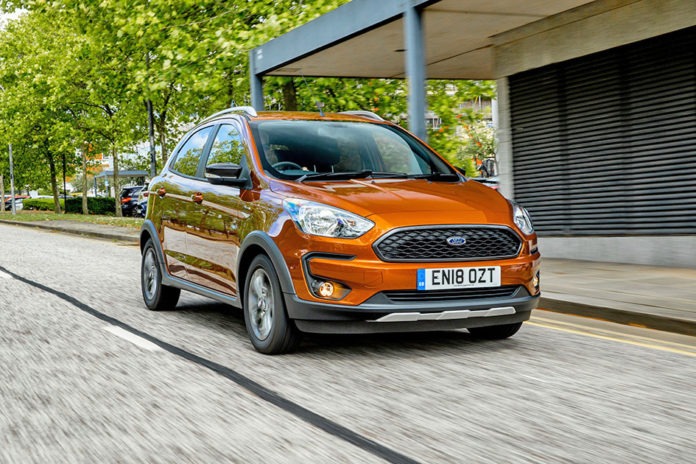 I remember driving the first Ford KA many years ago and thinking at the time it was quite small and I didn’t think people would buy it.

But, as usual, I was wrong and Ford sold millions of little KAs and I was made to eat humble pie.

Power and Efficiency:  This moves me to this week’s road test of the wonderful little Ford KA+. My test car was powered by a 1.5L TDCi diesel engine with 215Nm of torque – 95PS of Ford power, and a 0-62 time of around 11.4 seconds. Plus a top speed of around 111mph. At first, I expected the little KA+ to sound noisy because of its diesel engine, but to be honest I was wrong, again.

You may all be thinking that a small engine equals zero power. Well not necessarily so.

Then again, the KA+ won’t break the sound barrier either but what it will do is move you along at a good pace and return a decent 60+MPG and, as fuel now seems to cost more than gold, that’s a good thing.

On the Road: As with all of Ford’s little eco-warriors, it changes direction like it’s on rails and it holds the road really well. And actually, I found the little KA+ a joy to drive no matter what the road conditions.

The brakes also felt good and firm too. And, as for the suspension, it actually absorbed England’s bumpy roads really well but I felt the ride was a little soft for me.

Safety and Technology: Some of the kit you get on the inside of the KA+ includes: 15-inch alloy wheels, cruise control, daytime running lights, Ford SYNC3 with DAB radio, 6.5-inch  touchscreen, Apple CarPlay, Android Auto, air conditioning, MyKey, trip computer, ABS and ESC, front driver and passenger side impact airbags, drivers and passenger side curtain airbags, TPMS, engine immobiliser, perimeter anti-theft alarm and a whole host of other extras, many as standard.

If we quickly take a look on the inside – yes, it’s OK but there are areas which could be improved. But, saying that,  the seats are comfortable and the layout is good.

Although there is a lot of that plastic feel to the interior but remember it only costs around 14k.

To Sum Up: I’m going to give the KA+ four stars in this test because I believe it’s worth taking a look at.

After all, it’s a Ford KA+. What’s not to like about that? It is small, nimble and fun to drive. 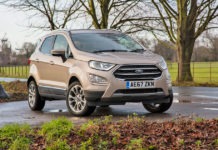 Ford showing us how to really make a car stand out