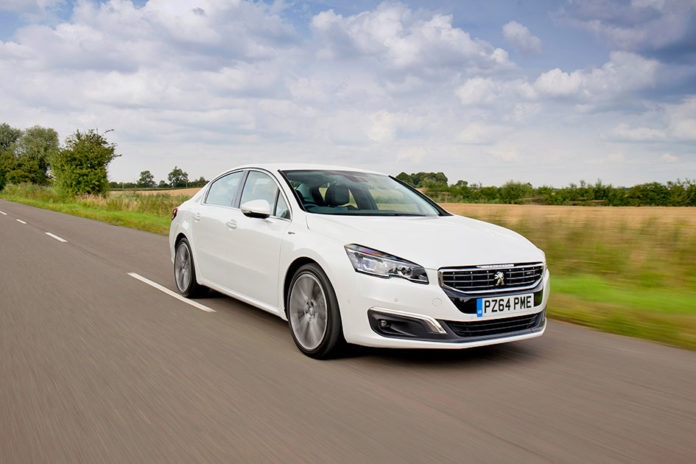 This week’s review is the new Peugeot 508.

Power and Efficiency: The 508 I had on test was powered by a 1499cc, four-cylinder diesel engine that has 130HP on tap, which also happens to boast a very respectable top speed of 129mph, plus a 0-62 time of 10 seconds.

Fuel consumption is also very good with a combined figure of around 51.4 mpg.

A big plus point for this car though is the brilliant EAT8 (Efficient Automatic Transmission) eight-speed gearbox that does a proper job of changing up and down the gears at a decent rate with minimal fuss.

Also, for a 1.5-litre engine it’s quite refined and its low grunt and steady power delivery makes for a good unit truth be told.

On the road:  First off it has a great chassis along with a suspension set-up that you know has taken Peugeot many hours of testing to get just right.

The steering is also direct, and the grip levels are good, which means the 508 feels tight and taut into the corners.

I’m going to say that Peugeot has done a pretty good job of getting the whole package to work together and I have no issues in saying that it performs very well out on the open road.

On the motorway the 508 really does feel like a grand tourer which is not surprising.

Also, I did more than 300 miles and I still felt relaxed and composed even after a four hour drive to the coast.

Interior and Technology: The interior is of a good standard with lots of chrome fittings and clear displays.

To sum up: I’m going to give the 508 four stars in this test, not only because I like its looks, but because I believe it’s a good family mile muncher with bags of extras and space  plus a decent engine that’s tied to a pretty good chassis.