RUGBY UNION: West Norfolk dished up a final-match treat as they welcomed Wymondham.

The visitors needed just a point to clinch the London & South East League Eastern Counties Three title and did that with a 41-29 victory.

But a fantastic game for the spectator saw West give a spirited performance to gain some consolation for the early-season 52-19 loss at Wymondham in the season-opener back in September.

Coach Aaron Swanborough was pleased with his team’s performance and said: “We said from the off that the pressure was off us and we could go out and enjoy the game and play our best rugby, which we did.

“We said we wanted a top-four finish at the start of the season and we hit that target.”

Wymondham struck first through a missed tackle before Edney Costa opened West’s account, using his size and strength to power over the line from short range.

That was converted by centre Jack Wicks.

Wymondham secured the point they needed with a bonus for three unanswered tries before West hit back with Costa’s second try. Some nifty footwork and handling by fly half Mark Tilbrook put Costa through a hole in the Wymondham line.

Wymondham looked to put the game to bed after the break with another converted try but West had other ideas and started a spirited comeback.

The first of three tries for the hosts started with some brilliant offloads from the West forwards, which eventually released winger Stephen Aspery to score out wide.

Hayden Revell then pounced on a loose ball and sprinted most of the length of the pitch before offloading to centre Jack Wicks to go over the Wymondham line.

West’s final score came off the back of a number of penalties on the Wymondham five-metre line. West opted for the scrum and, after a solid drive, the ball was shipped quickly from the back of the scrum for Revell to dart through a hole in the Wymondham defence, with the try converted by Wicks.

Wymondham showed why they are champions with a spirited late show that brought a converted try and a penalty, however, they faced a spirited West showing, led by Adrian Flux man of the match Paul Bridges.

Swanborough is determined to see his team learn from Wymondham and make their own promotion bid next season.

“The team has played some brilliant rugby this season and we have a large number of young players coming through the ranks, showing our massive potential.

“They can now enjoy the summer break but, without a doubt, we will be aiming higher next season.” 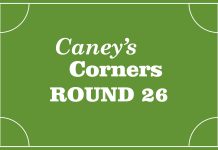 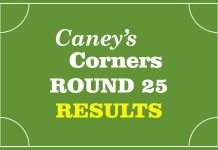