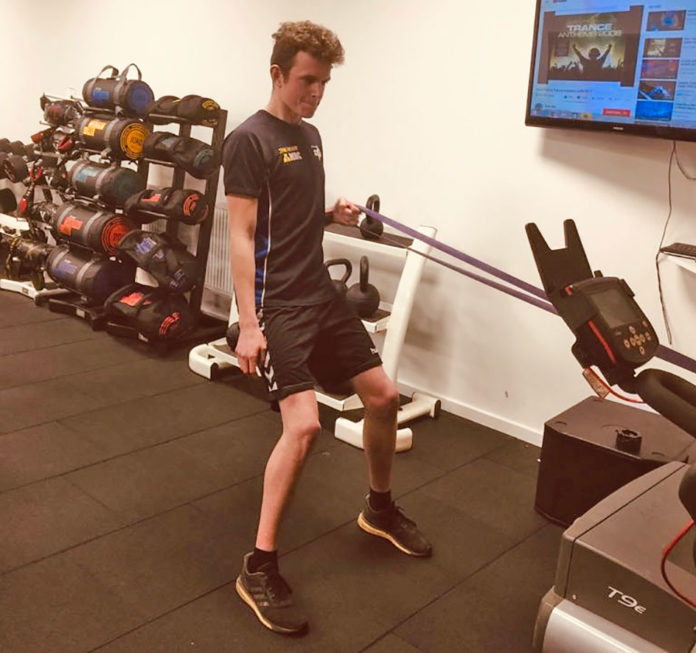 SPEEDWAY: King’s Lynn Stars have stepped up their preparations for the 2019 season – and club bosses reckon it is so far, so good.

The Stars started their training programme in December and have completed their mid-winter physical performance tests.

Comparable fitness measurements have come in 9 per cent above last year’s levels, with Team GB coaches Chris Neville and Paul Suggitt putting the team through their paces at Jordan Fitness in Lynn.

New for 2019 is the ‘sight bar’ test, designed to establish which is the dominant eye of each rider to give critical understanding of how to maximise their starts on the bike. Reaction times currently vary between 0.007 and 0.023 of a second.

It has been a pleasing start to preparations – and club bosses are hopeful they are on track to go one better than last year’s Premiership Grand Final defeat.

Promoter Keith Chapman said: “We had a fantastic season and were proud to collect two silver medals but our full commitment to these training camps are an early indicator of just how much we want those gold medals.”

The Stars have only revealed two of their 2019 septet so far – Robert Lambert and Kasper Andersen – but others are training with the team.

Co-promoter Robin Brundle said: “We know that we can raise our fitness game and we are already delighted with the incredibly positive mindset of the 2019 team.

“The riders have instantly taken on board all of the learning from the 2018 programmes and also accepted the new elements.

“Five are already at the required weight target and six are at their performance heart rate target too.

“We have two more, two-day, training camps before the season starts and we expect all of our team to be on target.

“The reaction test bike will be made available to the fans during race nights at the Adrian Flux Arena, so that you can come along and test your skills against the times set by the riders.”

Team manager Dale Allitt added: “When you analyse the demands placed on the speedway rider’s body, they are pretty eye-watering. You cannot fail to be impressed by the team’s work ethic.”