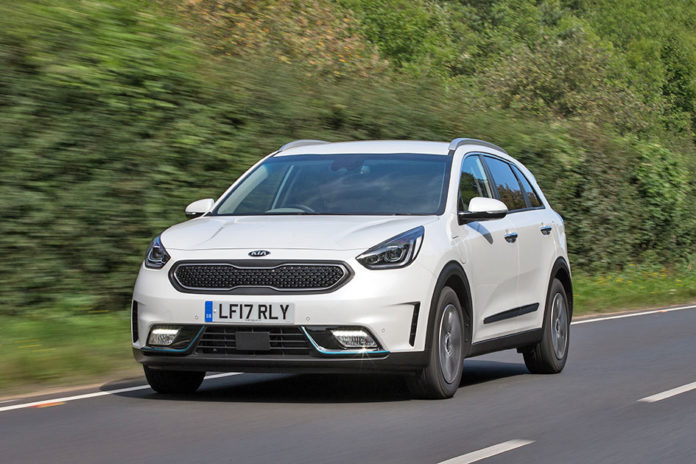 ON TEST WITH ANTHONY YATES.

I love Kia. I am a great fan of this brand because you get so much for so little money. So buying a Kia right now is probably one of the best things you could possibly do.

So now I’m going to knuckle down and try to explain why I think the Niro is a great little crossover.

Power and Efficiency: The Niro I had on test was fitted with a 1.6-litre direct-injection unit that develops 104bhp and 147Nm of torque which I have to say, feels lively on the motorway and also to rumble around urban towns where it really does come into its own to help you save fuel.

As it’s a hybrid, the engine is paired with an electric motor powered by a 1.56kWh lithium-ion polymer battery. Together, the two power units produce  around 139bhp, which is pleasing for all those times you need to overtake or when you just want to get going as quickly as possible.

The important part here though is the fuel return or should I say MPG or miles per battery life?

Well, whatever we call it, I managed with very little effort 63.5 mpg. Now that’s pretty good in my book.

On the road: As I already said, the Niro is a hybrid which means that most of the time, the petrol and electric power units are working together.

However, I didn’t really take it hard into the corners because actually, I wanted to see how the hybrid systems functioned as a whole around town and urban highways rather than battle the sweeping corners and fast motorways.

The driving position is also good and the bumps and potholes are all dealt with effectively – thanks to a good chassis and a suspension setup that just glides.

Of course, you are probably thinking that carrying a large battery pack would have an impact on the ride itself.

Design & Technology: As I said earlier, Kias give you a lot for very little money in my book and the Niro does not disappoint here either.

Some of the standard equipment on my test car included an eight-inch Touchscreen Satellite Navigation with European mapping, eight-speaker JBL® Premium Sound System, Kia Connected Services featuring TomTom®, black leather upholstery, front parking sensors, heated front seats, heated steering wheel and wireless mobile phone charger. There is lots more on offer but you will have to nip down to your nearest Kia dealer to find out a little bit more.

To sum up: The Niro is one of the first hybrid’s that I have liked. No fuss just a really good stylish crossover. Five stars from me Kia.