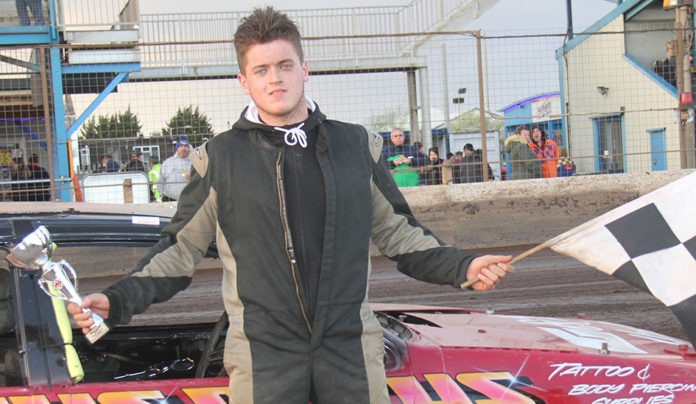 MOTOR SPORT: There will be plenty of fireworks on and off track at King’s Lynn’s Adrian Flux Arena tomorrow when the annual Halloween Carnival Night takes place, 5pm.

This is one of the biggest nights of the season with many casual spectators drawn in to join the regular fans.

Adults and kids alike turn up in fancy dress and do a lap of the track to show of their fantastic costumes to the thousands of people present and also all get a free goody bag for their effort.

On the track there are three formulas in action, including unlimited bangers, 1300 stock cars and Reliant Robins.

A total of 95 unlimited bangers are already booked for action and, with two titles up for grabs in the shape of the King of the Fens and the 25 & Under Championship of GB, plenty of action is guaranteed.

Lynn teenager Callum Gill had to miss the middle half of this season but has returned to action with a bang with a superb performance at the Unlimited Banger World Final at Ipswich.

Last year Gill was runner-up in the 25 & Under Championship of GB and he will be looking to go one better.

With last year’s winner Tom Waller excluded from the race on age, Gill has a great chance of winning the big race.

The Predators will be represented by the lively Kieran Bowman and Robert Betts is back in action after injury. Bowman will be looking to consolidate his lead at the head of the Entertainer League.

Willie Skoyles and Lee Sampson travel to Cowdenbeath in Scotland for the latest round of the 2L stock car National Series.

Skoyles enters the weekend with a 26-point lead at the top of the table over European champion Diggy Smith.

Woman, 70s, knocked to the ground in cyclist collision