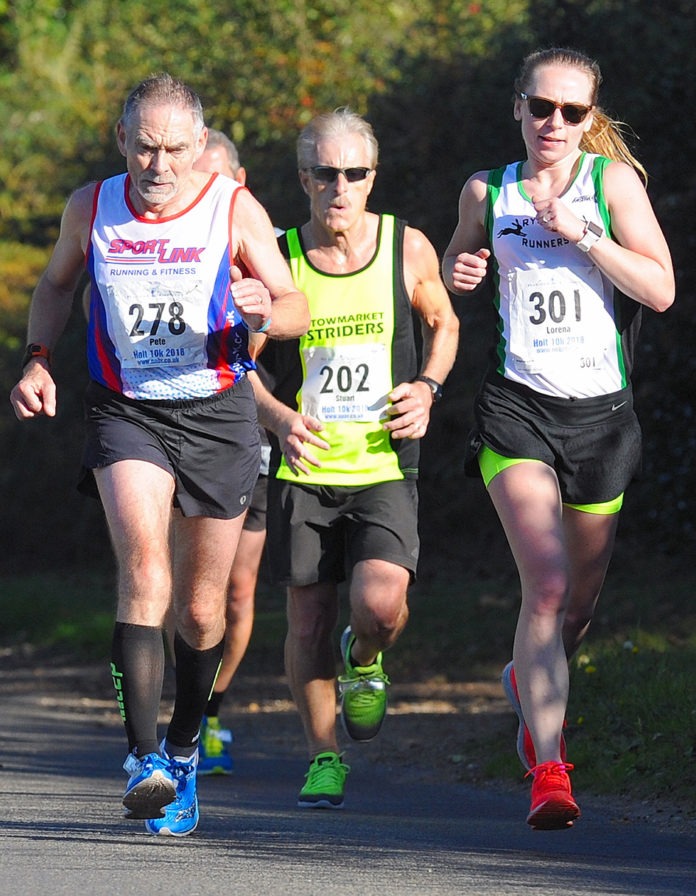 ATHLETICS: Ten Ryston Runners were among 500 competitors at the Bakers and Larners Holt 10K on Sunday in north Norfolk.

Nic Bensley was the first Ryston runner home, finishing 10th overall and first in the M45 category in 37.04.

Separating them, was Lorena Latisaite, on her way to taking third place in the senior women’s category (87th overall) in 43.50.

Linda Marshall also took a third place but in the W50 age group, completing the course 175th overall in 48.17.

Pauline Sparrow and Jane Ashby continued to prove that age is no barrier by being the most successful Ryston female duo on the day.