Home Motoring Possibly the best car you will ever drive… 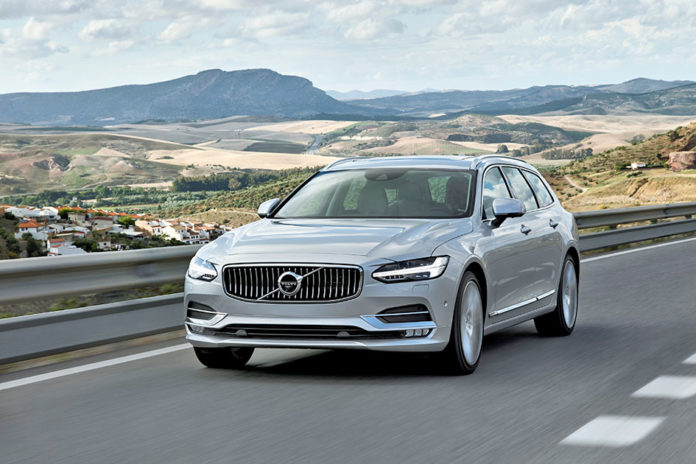 Buying a Volvo could be the best decision you are ever likely to make now or at any time in the future.

This is a big car though and I felt that the engine needed a more power to help give it a bit more of a sprint appeal but, if you select one of the more ‘engaging’ driving modes, then things start to feel that little more exciting and the V90 picks up its pace without having a massive effect on fuel economy.

I expected nothing but the best and I was not disappointed. The V90 does not roll and scamper around it just glides.

It’s actually like driving around on air – it’s that good.  The grip levels are also another part of the V90 which works so well because the manufacturer has once again built a car which feels epic on the road.

It is so sure-footed, even the most over-enthusiastic driver would struggle to get it out of shape. The new V90 also delivers cutting-edge Pilot Assist semi-autonomous drive technology, which for me, is the most advanced standard safety package on the market.

It also has Run-off-Road Mitigation which is yet another safety feature keeping you safe while out on the open road.

Safety and Technology: Some of the standard equipment in the V90 include; Sensus Navigation, Voice-control system, City Safety (includes pedestrian, cyclist and front collision warning with fully automatic emergency braking and at junctions).

Volvo’s in-car infotainment control system which is basically a nine-inch touch screen control panel and where the majority of functions inside the vehicle are controlled from.

The V90 is simply epic and why we all should consider owning one.