Home Motoring Millions of Fiestas on the road, with good reason 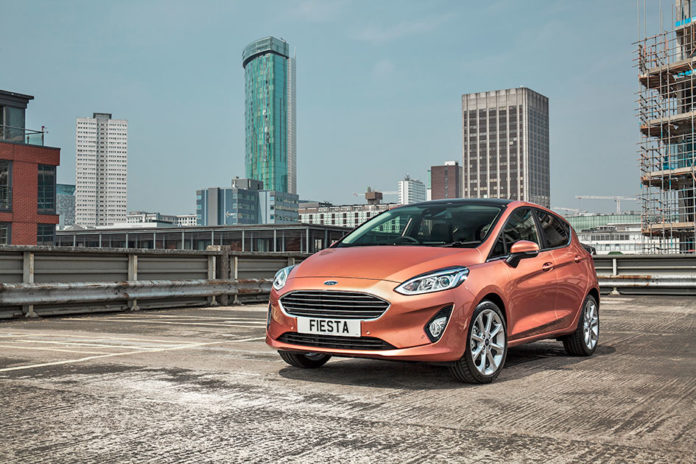 For this week’s road test, I have the wonderful new Fiesta B&O Play Zetec.

Simply put, it’s a wonderful machine. There are literally millions of little Fiestas running around out on the open roads, and for good reason. But, me being me, I want to see if this ‘new’ version still has some of that old-school charm running through its Ford chassis.

Power and Efficiency: My test car was powered by a1.0-litre EcoBoost turbo-charged petrol engine with 170Nm of Torque – 100PS of Ford power, a 0 to 62mph time of around 10.5 seconds and a top speed of around 113 mph.

As for fuel economy, out on the open road I achieved around 55mpg which was pretty good.

I did expect the little Fiesta to sound wheezy because of its 1.0-litre EcoBoost engine, but I was wrong. When you rev it hard it sounds almost racy – which means it’s actually a pleasure to listen to and not annoying at all.

Out on the city streets, the Fiesta fits right in with the likes of the Fiat 500 and the Kia Picanto when it comes to parking into tight spaces.

On the Road: As with all of Ford’s small eco-warriors it changes direction like on rails and it holds the road really well.

On the open road, the Fiesta really is a joy to drive no matter what the road conditions are doing beneath you. The suspension absorbed England’s bumpy roads really well and the brakes felt good and firm.

And, contrast stitching on floor mats and Interior mirror cap cover. Let’s be honest, that’s loads of extras for your money and something that really looks the part without looking flash.

To Sum Up: Finishing it here I’m going to give the Fiesta five stars. This is not only because I like how it looks on the outside, but also because I believe it’s worth taking a look at because after all, it’s a Ford Fiesta.