Southery Women’s Institute marked its 90th anniversary with a barn dance in the village hall.

Local members were joined by friends from other WIs for the special occasion, with more than 70 people raising a toast to the branch’s nine successful decades.

Sue Hilton, branch president, said it was good to mark the special occasion.

“It’s nice to think the village has kept a Women’s Institute going for 90 years,” she said.

A barn dance instructor was on hand to take members through the steps.

“As soon as the music started everybody was up on the floor. Everyone said what a good time they had.”

During the evening a special cake was presented marking the big anniversary.

The branch, formed in 1928, meets on the first Thursday of the month at Southery Village Hall with the emphasis firmly on fun and friendship.

Each month guest speakers give fascinating talks on a wide variety of subjects.

Members also go on outings, either as a branch or together with other WIs.

The branch’s anniversary was on March 1 but the celebration had to be postponed due to the snow as the barn dance instructor could not travel from Suffolk due to poor conditions.

For more information about the Women’s Institute and the activities members enjoy visit www.thewi.org.uk 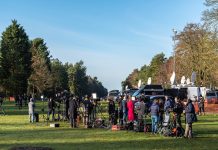 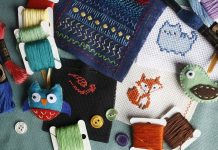 Hobbycraft to open in Lynn