The world of speedway is in mourning following the death of six-time World Champion Ivan Mauger.

The New Zealander passed away aged 78 following a battle with dementia but his legacy will live on as arguably the greatest rider to ever grace the shale.

He established himself as a dominant force during a golden era for the sport, with a remarkable record of 12 straight top four finishes in World Finals between 1966 and 1977.

At just 17 years old he embarked upon a gruelling boat trip from his homeland to begin his career as a professional speedway rider in the UK with the Wimbledon Dons.

It was a tricky start to life in Britain for Mauger, who returned to New Zealand after two seasons, but his return in 1963 marked a major breakthrough.

From the moment he returned with Newcastle, Mauger never looked back and his class quickly became apparent during a rapid rise to the top.

His first World Final appearance came with 11 points in Gothenburg in 1966, and just two years later he lifted the ultimate prize for the first time at the same venue with a dominant 15-point maximum.

It kick-started a run of three straight victories and, after losing the title by a whisker in 1971, he bounced back to record his most dramatic triumph the following year.

A packed house at Wembley saw the race for the crown come down to a run-off, with Mauger holding his nerve to overcome Bernt Persson in memorable circumstances.

It was testament to Mauger’s drive and determination that, even after four World titles, the heartbreak of a run-off defeat the following year did not deter him. He had to wait four more years to make up for his Chorzow disappointment but further victories in Gothenburg and Wembley in 1977 and 1979 respectively meant he bowed out at the very top.

With World Pairs, World Team Cup and World Longtrack wins, Mauger accumulated a remarkable 15 World Championships – a record only bettered by Hans Nielsen as part of the Danish Dream Team.

His individual record was equalled by Tony Rickardsson in the Grand Prix era but, given the level of competition, few could argue Mauger remains the greatest of all-time.

A pioneer of the sport in terms of talent and professionalism, Mauger became a household name during an iconic era for the sport. 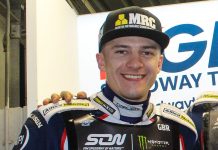 High hopes for Lambert in Cardiff 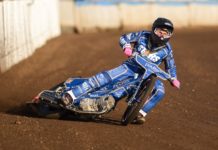 Life on the road has been tough for Stars 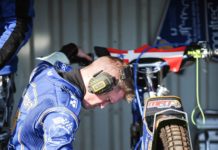