Eric Taylor, 95, has been playing golf for 90 years and was on hand to pass down his knowledge to youngsters including Angus Burnie, aged 5 – the same age Mr Taylor was when he first took up the sport.

The academy, launched at the weekend, aims to attract young players and encourage their development.

“It’s lovely to see the younger generation playing,” said Mr Taylor, a former pilot, instructor and air traffic controller. “It educates them on many things, such as to dress decently and to act decently.”

Mr Taylor currently plays off 24 but for most of his life his handicap was just eight.

Angus’s dad Alasdair is also a club member and is delighted his son is enrolling in the academy.

The family live in Great Bircham.

“We’ve got videos of him hitting balls from a very young age and I had him out the front of the house swinging golf clubs from the age of three,” Mr Burnie added.

Angus is the same age that Mr Taylor was when he first joined his own father out on the course, while growing up in East Sussex. He then continued his love affair with the sport while stationed with the RAF in Zimbabwe during the Second World War.

“Golf is part of my life, I happened to enjoy it,” said Mr Taylor.

He said the sport has helped to keep him healthy and he continues to play three times a week, usually on his own as it is difficult to find golfing partners in his age group. 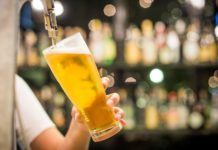