Two more heats in this year’s Battle of the Bands competition are set to be held.

Heat eight takes place at The Eagle in King’s Lynn tonight  (Friday) at 7.30pm with four acts – Code of Conduct, Spreading the Disease, Powerhead and Vulpes.

Pop-funk Code of Conduct is a punk revival trio from Bury St Edmunds.

Spreading the Disease is a modern metal band based in Kent drawing many influences into the melting pot.

Four-piece grunge band Vulpes from Norfolk was formed in 2015 and recorded an EP released in 2016.

This was followed up with a second EP Worst Version of Myself released last year.

The band started this year with a reshuffle and recruited a Sam Drake as the drummer.

The bands are from near and far – from Stoke Ferry, King’s Lynn, to Grantham in Lincolnshire  and London’s Canning Town.

Featured will be The Collective – a 10-piece hip hop reggae act from Grantham.

Other acts set to perform are the John Preston Tribute Band, Dishy Tangent and Swamp.

West Norfolk band Swamp was formed when Vex guitarist and front man Alex Whyman wanted to create a new musical project of southern rock, classic rock and country styled music and write an EP that combined all this. A live band was then formed comprising Alex, Josh Simpson and Joe Simpson. 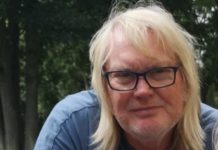 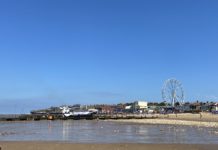