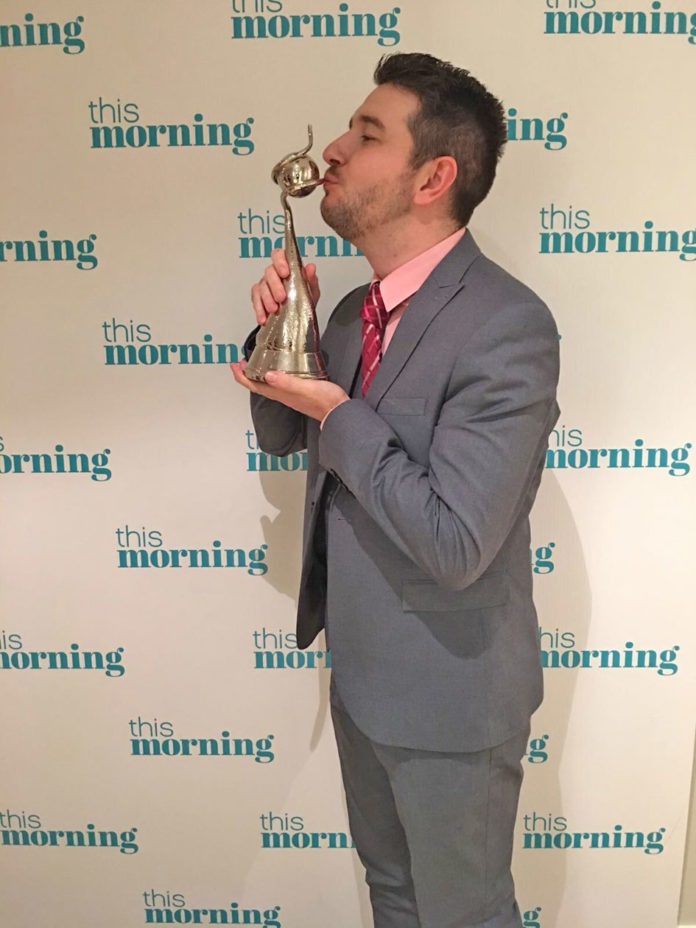 A Gaywood man has been celebrating after the popular television show he works on scooped a top National Television Award.

Journalist David Blackmore works in the newsroom of ITV’s This Morning show, which received a prestigious award at London’s O2 Arena and couldn’t resist a quick pose with the award (pictured).

The father-of-two is one of the news producers on the show, which won the Daytime TV Show category at the awards ceremony which were hosted by Dermot O’Leary.