Home Leisure Grime made a Storm-zy

What a year grime artist Stormzy had.

The London-born musician was one of the hottest prospects in 2017 and that’s with good reason.

The debut album soared in its first week thanks to the already hugely popular Big For Your Boots – arguably one of the biggest tracks of the year.

It saw the dawn of an English music genre on a more public-wide, popular level.

His lyrics were well thought out, fantastically crafted and saw him discuss depression, the different roles his parents played in his life and also a connection with God.

The music behind the words was as good. Instruments often served for classical music paved the way for Stormzy’s rapping.

The music changed so well with the songs, creating atmosphere and building each track.

On Bad Boys there was a more certain dark overtone, a contrast to the lighter Shut Up, featuring a flippant Stormzy laying bare any rival MCs.

In recent months Blinded By Your Grace, Pt. 2 reached number seven in the singles chart and kept the artist in the chart scene up until the end of 2017.

Stormzy was on the top of his game last year and therefore was top of the charts for my favourite album.

Songs to play on repeat: Cold, Bad Boys, Big For Your Boots, Shut Up 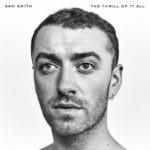 Back with his incredible voice, Sam Smith’s Burning was a delight on new release, The
Thrill of It All.

An honourable mention must surely got to Deaf Havana for their impressive album, All
These Countless Nights. 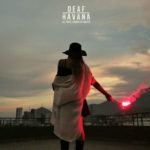 The West Norfolk band released their new album back in January, which debuted at fifth in the charts.