So what do I see when I look into Caney’s Corner Crystal Ball? Let me tell you…

England’s Ashes misery will be compounded when Jonny Bairstow’s decision to welcome Ben Stokes back into the fold for the fifth and final Test sparks a full-scale brawl.

Alastair Cook, who will say he didn’t see either man throw a headbutt or punch – or any Aussie send down an actual delivery for that matter during the series – will retire to front a new daytime cookery programme called ‘Can’t Cook, Can’t Bat Either’.

January’s BDO Darts Championship will be cancelled due to security concerns around the volume of tickets sold and high quality of play on offer whipping the crowd into a frenzy.

David Haye will withdraw from May’s rematch with Tony Bellew after sustaining a serious paper cut while signing another pre-bout contract. The rescheduled bout will also be cancelled in the summer with David coming down with a nasty bout of Hayefever.

Closer to home, King’s Lynn Town chairman Stephen Cleeve will commemorate the Linnets’ Southern League Premier title success by offering a free portion of chips to every fan who walks through the turnstiles as well as plumbing in the now infamous glasswasher.

Manchester City will win the Premier League with Jose Mourinho admitting they deserved it, were the better team and Pep Guardiola remains a far superior manager.

The pair will, however, be in awe of Gareth Southgate as he almost ends England’s footballing pain by guiding the team to an unlikely World Cup final.

The celebrations will be cut short though after Theresa May intervenes and calls ‘no deal’ on the Three Lions playing in the final – despite the ruling being made long before she came into power.

September’s Ryder Cup will be hailed ‘The Miracle of Paris’ after Tiger Woods completes the event without getting up to no good in the City of Love.

And the start of December’s PDC World Championships is set to be rocked by Michael van Gerwen’s decision to leave the sport and recommence his acting career thanks to Little Britain’s return.

* No faces, not even my own, were hurt while writing this tongue-in-cheek column. 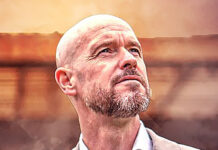 Patience so sadly lacking in sport 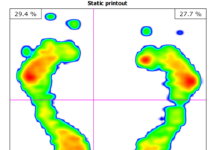 Tech to get runners on the right footing 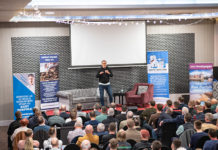