Nope, I’m not insulting myself in my own column with this headline – although I have been called nuts on a few occasions.

This is just a chance to pull apart 2017 and pick out those involved in sport around the world who could say they’d had an absolute cracker.

I’m not telling a bad joke either when I say that it’s not even a winner who dines at this top table first.

UFC icon Conor McGregor may have lost the most super of super bouts against one of the greatest boxers of all time in Floyd Mayweather but the Irishman was anything but a loser. His bank balance, fame and future earnings sky rocketed as a result of stepping into the squared circle against The Money.

On the topic of boxing, Anthony Joshua didn’t have a bad 12 months did he? Neither did Norfolk-based boxing twins Liam and Ryan Walsh, even if the latter took a hiding from the supremely talented Gervonta Davis in May.

Lewis Hamilton obviously clinched his fourth Formula 1 world title. Who knows if our very own George Russell, from Castle Rising, will even get close to lifting one.

But it’s been another year of progression for the 19-year-old 2017 GP3 champion who ended the year actually making his official F1 debut during practice for Force India. Watch this space as far as Russell is concerned.

Pep Guardiola can do no wrong right now as far as football management goes. Yet he hasn’t done something that Ian Culverhouse has – namely winning a trophy at his current club.

Culverhouse took over from King’s Lynn Town legend Gary Setchell and had big shoes to fill but has certainly hit the ground running at The Walks. May’s Norfolk Senior Cup success paved the way for a current title challenge that could make next year an even more memorable one for the former Norwich City player.

There’s been plenty of success stories, be it locally, nationally or internationally. But were any as amazing, or well received, as when Mo Farah won the final global gold of his career at the World Championships? Despite almost falling he won the 10,000m to cement his status as one of Britain’s finest ever sportsmen. 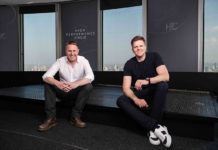 Teaching you about high performance 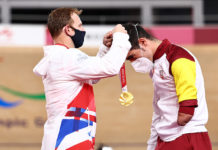 Veteran Cundy is a hero for the ages