Pupils at Hunstanton Primary School have showcased their artistic flair for pumpkin carving.

The youngsters made their creations at home and took them to school on Tuesday for Halloween.

Deputy headteacher Diane Mapplebeck said: “Some of the children grew their own pumpkins as we initially gave them seeds to take home.

“This was the second year for the children to bring pumpkins in and there were some brilliant designs. It will be back next year as it is very popular with the children.”

Headteacher Nigel Harvey and members of the Parent-Teacher Association (PTA) judged the carved pumpkins with two winners for each year group. 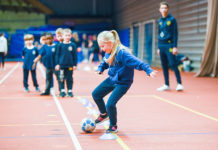 GALLERY: A festival of games 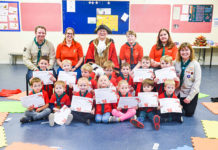