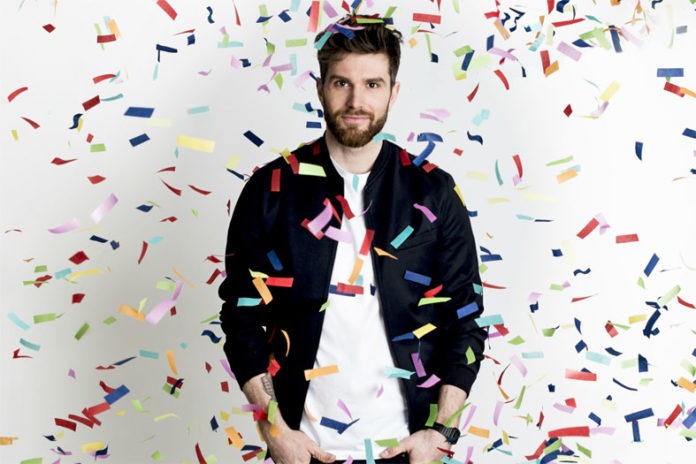 Just a microphone and a plastic red chair like those from your school days sits in front of us, but it turned out that was all stand-up comedian Joel Dommett needed to get a Corn Exchange audience roaring with laughter within minutes.

Quick-witted Joel is known for creating his material spontaneously from audience interjections, something which he encouraged on Monday night.

Even though the audience didn’t deliver much at the start of the show, Joel persisted and soon got the crowd on his side.

In a hilarious show with story-telling elements, the 32-year-old opened up about his set-backs and joined the audience to laugh at himself.

If you don’t know Joel for his jokes, you might remember him from ITV’s I’m A Celebrity Get Me Out Of Here or the time he fell victim to an online ‘catfishing’ scheme which left the more private parts of his life public – all of which he admitted made for great material and probably helped him secure this tour.

With charisma and good looks, Joel got away with the anticipated farmer gags and played on Lynn’s reputation before closing the show in an unusual way for a comedian with a musical performance.

Less unusual for stand-up, Joel pulled a member of the audience on stage, but I guess his target got a selfie and merchandise in return.

I was peckish before the show, but by the end my stomach cramped too much from laughing to digest anything and I wonder if a night with Joel could be the tonic we’ve all been looking for?