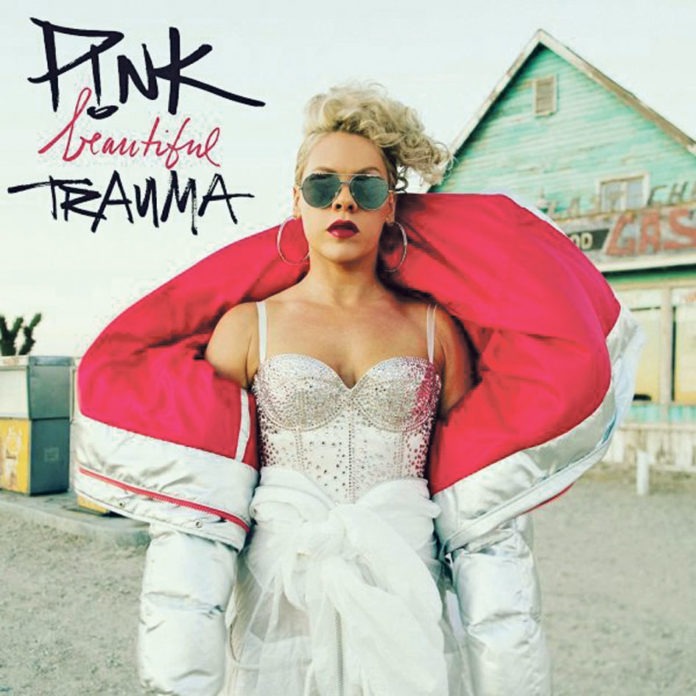 Pink has always been the rebel of pop music.

When she got her party started back in 2001, she did so with dyed pink hair and an unconventional attitude.

As the years went by, she still performed with the same gusto, having hit after hit from each album released.

The work focuses on love and politics, with the first single release What About Us, being about both.

In words that seemed directed to President Trump, she talks about broken promises and the love and acceptance of one and all.

Pink surely sums up many a failed relationship with But We Lost It, painting an emotional picture of falling out of love with someone with the lyrics: “No love, you hold me close, but I don’t feel much.”

Most artists in the current climate of pop look to hip hop to lift a track. Pink is no different, looking to Eminem.

Thankfully, on Revenge he features very little. Once at the top of his game, now his lyrics fall back to the same crass statements.

Beautiful Trauma is open and brilliant. It details well-known arguments with her husband including slashing his car tyres, setting her bedroom on fire and an argument that resulted in a fist through the wall.

The relationship with her husband is a theme of the album. Secrets has a fantastic tune to it and says about Pink’s hidden relationship truths.

“That we always speak the truth …ish.”

Pink has personally never been an artist I seek out to listen.

But whenever I do, her music never fails to impress me.

Songs to play on repeat: What About Us, But We Lost It, Secrets