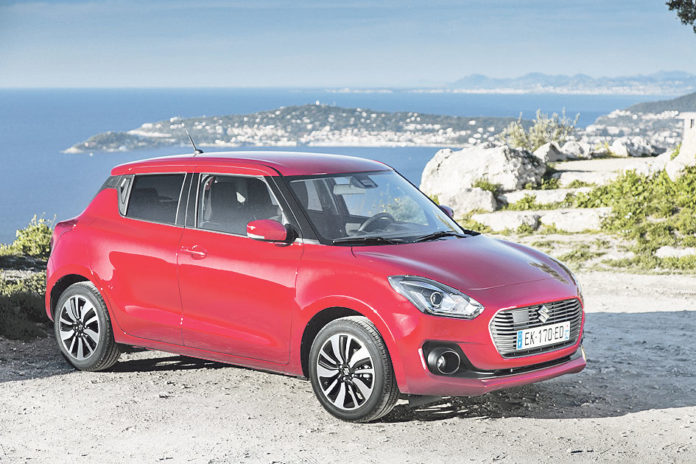 The Supermini market has been growing at an astonishing rate for the last few years and rightly so.

The reason for this climb is that buyers are now looking for the smaller cars because it’s not only cheaper to run, but cheaper to buy.

The Suzuki brand sells well and the previous Swift models flew out of the doors because it was seen as one of the hottest things to own. So, does the new Swift follow on from it’s predecessor in becoming once again the hot property we all want to own?

The official fuel economy figures from Suzuki are 62.8 mpg (combined) with a CO2 rating of 101g/km

On the road: Like all previous Swift models, they handle like a go-kart and I can feel where Suzuki has made some major changes over the older Swift, because everything feels so much more planted.

Saying that, my test model was fitted with the ALLGRIP Auto four-wheel drive system which is a simple automatic and permanent four-wheel drive layout which transfers additional torque to the rear wheels when required via a viscous coupling. This helps in giving you a lot of confidence into the corners.

Take the Swift onto a muddy field  then you can be assured it won’t get bogged down like some larger vehicles due to it being a whole lot lighter.

Design and Technology: The interior is made out of decent materials and the fabric used on the seating is of a good quality, and a surprising find for a car in this price bracket.

What I like is the good driving position – plus all the pedals feel in the right place and all the dials and switches are easily accessible.

To sum up: Suzuki has done a fantastic job of giving the new Swift an upgrade worth talking about.

I believe it will once again be flying out the doors of a dealer near you.