A story in Your Local Paper highlighting a funding plight facing West Norfolk Carers has resulted in a generous donation from a well-wisher.

The King’s Lynn-based charity, which supports more than 1,000 carers, warned it could be forced to close by Christmas due to a £53,000 funding shortfall.

Since the story in our August 18 edition, one local reader has come forward with a £2,000 donation.

The charity’s chief executive officer Jane Evans said: “A big thank you to the person who made this anonymous donation.”

Mrs Evans said the Queen Street charity has received a number of calls in the wake of the publicity.

“We have had people calling expressing their shock and disgust. A number of carers also read it and were upset so we are trying to minimise that upset,” she said.

The charity has also received some good news after a successful application to the national BBC Children in Need Appeal will see it receive £10,000 to help young carers.

Mrs Evans said the money all goes into the pot but this grant was specifically for young carers.

“It all chips away at the total. We have some of the poorest children in the district in our King’s Lynn ward,” said Mrs Evans, who explained  some young people also need emotional help to cope with the responsibility of caring for a loved one.

“Some children need one-to-one support to build their confidence and deal with the anxieties they face as a carer,” she said.

Mrs Evans said as a small office, the money would go to where it was needed the most.

“Carers live in families and it is about the impact caring has on families,” she said.

The charity has found itself out-of-pocket after Norfolk County Council put its carers services out to tender and awarded the contract to Norwich-based Voluntary Norfolk.

Trustees at West Norfolk Carers have said the charity will not be able to provide the same quality of support for the scores of unpaid local carers.

They said closing down would leave more than 1,000 carers without “proper quality service”.

The trustees appealed to the public and West Norfolk businesses to dig deep and help with donations or fundraising.

If you can help the charity in any way call 01553 768155 or see the website www.westnorfolkcarers.org.uk 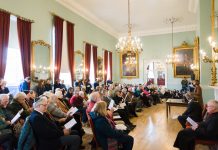