A West Norfolk charity supporting more than 1,000 carers has warned it could be forced to close by Christmas.

Trustees at West Norfolk Carers say more than £50,000 needs to be found by December if the Queen Street office in King’s Lynn is to remain open and continue to help scores of unpaid carers of all ages.

The charity fears it will be £53,000 out-of-pocket after Norfolk County Council announced funding would be passed to Norwich-based Voluntary Norfolk, an alternative provider.

A statement from the charity’s board of trustees said: “From October 1, unpaid family carers living in West Norfolk will no longer receive the quality face-to-face support they have been used to accessing from our charity for the last nearly a quarter-of-a-century.

“Norfolk County Council’s new contract for supporting carers has been given to Voluntary Norfolk which intends to offer a different service, much of it being online support or telephone support from a provider based in Suffolk.”

The statement added: “We firmly believe this significant change in the way unpaid family carers in West Norfolk receive support will be highly detrimental to their welfare and wellbeing, especially when so many already face great social isolation and all the challenges around self-identifying as carers.

“The majority we now support live in deprived neighbourhoods or in isolated rural areas. There are around 17,000 adult unpaid family carers in West Norfolk and 990 younger carers, equivalent to one-in-nine people living locally.

“We are determined to generate funds to help us continue with the current personalised face-to-face carers support which we know unpaid family carers want and deserve.

“We believe the complexity of support required cannot always be addressed simply by a phone call or reference to online information.”

The board has called for the public to dig deep and help with donations or fundraising to meet the shortfall.

“If we are not able to raise the core funding we require by Christmas, we will be sadly compelled to close our charity doors.

“Closing down will leave the more than 1,000 carers we currently support without a proper quality service,” the board has said.

A West Norfolk Carers spokesman said the charity was not criticising Voluntary Norfolk, but was concerned the same service would not be possible.

“We are not being critical of another service, it will try to do its best, but we know there will be gaps,” the spokesman said.

A  county council spokesman said: “We value the work that carers across Norfolk do day in, day out, and it is so important that they have the best possible support to maintain a good quality of life.

“The Care Act 2014 introduced new duties that we as an authority need to fulfil and we want to offer carers services that reflect their changing needs, so we carried out a competitive tender process and awarded the contract with this in mind.”

To help West Norfolk Carers through donations or fundraising call 01553 768155 or see the website www.westnorfolkcarers.org.uk 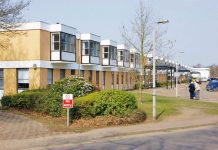 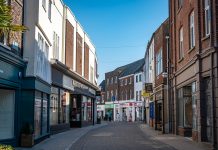 A helping hand from community groups 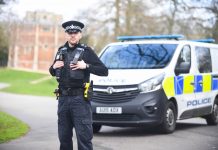