GOLF: Family pedigree was proved by Danny Poulter as he fired his way to victory in King’s Lynn Golf Club’s annual Pro-Am.

The European Tour and Ryder Cup legend Ian Poulter’s brother finished at six-under, winning by one stroke against a strong field of 30 other professionals and 93 amateurs.

The course was in fantastic condition thanks to Colin Robinson and his team of greenkeepers and the weather matched that quality as temperatures reached 25 degrees on a cloud and wind-free day.

After a blistering start going five under par in the first five holes, Poulter stayed the pace to lift the trophy.

The team prize was won with a score of 17-under with the home team of captain Blair Rule, ladies captain Sally Bettinson, Fan Brown and head professional James Weight coming second on 12-under.

Weight was fourth individually with a score of one-under.

Main sponsors Dodfrey Engineering were thanked for their support, along with Richard Jessop, Stephanie Middleton, Colin Robinson, Carl Godfrey and Weight for their hard work in organising the event. 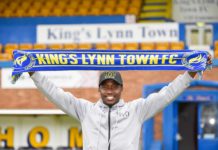 New boy Loza happy to be part of Linnets brand 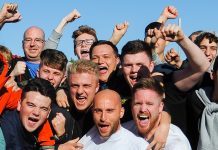 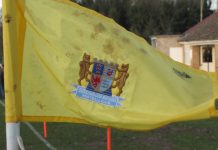 Dersingham power on for Calor grant