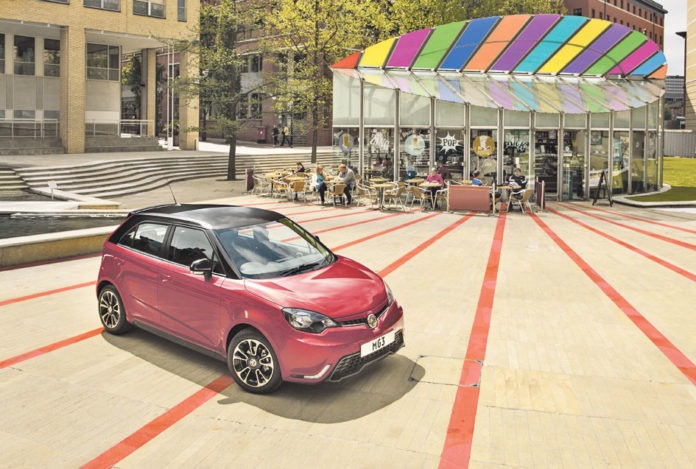 MG has a long history when it comes to making motor cars and I can recall many models that made MG as a brand stand out above all others – for instance the MG Midget, the MGA and the MGB GT V8 are just a few of the iconic models that I can remember from my youth.

When this much-loved brand was re-launched back in 2011, the response was positive and for me, this was great news because I was happy that once again, I would start seeing a new generation of MG motor cars hit our streets.

So, in light of this, I thought it was about time I gave the MG3 supermini a full work out.

Power and Efficiency: The MG3 is powered by a 1.5 DOHC VTi-TECH engine that produces 106PS @6000rpm and has a top speed of 108mph. Fuel consumption is around 48 mpg (combined) and a 0-60 time of around 10 seconds. The engine feels very willing and, for an engine that is normally aspirated, I think it does that rather well.

Ok, it’s never going to set any records, but why should it? The MG3 was built to meet a need for a car that was not only well equipped, but also priced without breaking the bank or jacking up insurance premiums.

On the road: The MG3 feels fine, nothing to complain about really. It’s fun to drive and the chassis is doing a great job of keeping you pressed into the road surface with plenty of grip but, I found that road noise can be high on some surfaces.

I think a little extra sound proofing here and there would have been a welcome introduction.

Design and Interior: The interior is not as good as some but, for a budget motor, I can forgive it for its basic approach although the seating was comfortable and the space inside is more than adequate.

The dials and switches are set out well and the interior stands out better than some of its budget rivals like the Dacia Sandero. Also, let’s not forget about the wide range of personalised options from which to choose.

With this car you also get Hill Hold Control, electronic air conditioning, automatic front wipers, leather steering wheel, front and rear electric windows, rear tailgate spoiler, and a whole host of additional features you would not expect to get from a car costing very little money indeed.

Not a bad little car if you are on a budget.