Home Motoring This Seat SUV is certainly worth looking at 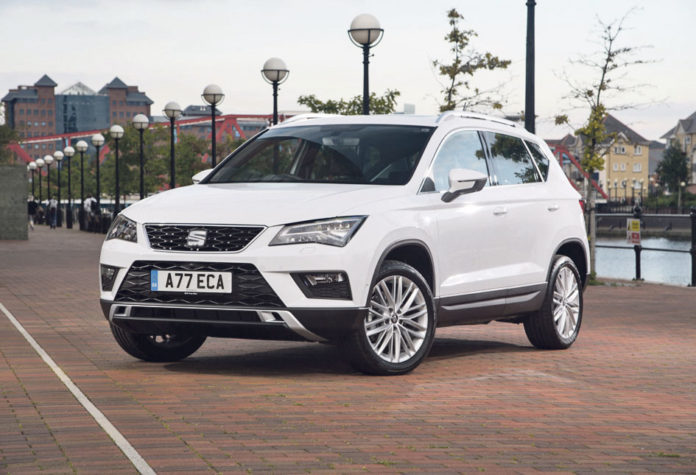 If you are looking for a great car that has everything thrown in for a decent price – then look no further than the Seat Ateca.

What Seat have done here is made the perfect car that has a minimum of 510 litres of cargo space (seats up) and 1,604 litres with rear seats folded, loaded to the roof with the added option of being a fully active compact (SUV) – which isn’t a bad thing if you are looking for something that will get you and your family about in style with minimal fuss.

Power and Efficiency: The Ateca I currently have on test is powered by an 115PS, 1.6 TDI Ecomotive diesel engine with a six-speed manual gearbox and a respectable top speed of around 114mph.

On the road: I like the way the Ateca handles. It feels very well balanced and when the road gets twisty it’s more than capable of holding its own.

The steering feels light and agile and when you hook all this up to its fantastic gearbox, you really can’t go wrong. It’s no exaggeration for me to say that I think the Ateca is the better car here when you compare it to its rivals SUVs on the market currently.

Equipment, Safety and Technology and the Inside: As with all Seat’s, the interior is of a good standard – but, as I have said many times, Seat is a part of VW group, so it will last for years. The seating is actually rather good even after a long journey, and the dials and switches are laid out very well and are very clear and precise.

To sum up: My test car is one of the top models in the Ateca range, and yet, it only costs £24,330. So, as far as I am concerned you get a lot for your money, plus I really do think it has something more to offer than the normal run of the mill compact SUV.

Next time you are out looking for a new compact SUV, try looking that little bit harder, because for me, the Ateca would be a brilliant buy.