MOTOR SPORT: King’s Lynn racer Rob Sayell leads the Formula Jedi championship after making the third step of the podium his own in all three races at Snetterton.

Sayell, who won last year’s championship, has been on the podium five times from eight races, with a second place at Brands Hatch in April and a third place at Cadwell, and has not finished below fourth all year.

Sayell said: “The race times have also been reduced from 20 to 15 minutes, so it’s quite challenging.”

At Snetterton, he qualified fourth for the first race, finishing third. This gave him a starting place of sixth for Sunday’s first race and a brilliant start saw him into the lead on the first lap. He held the place for most of the race but was overhauled by former champion Lee Morgan and Worcester-based race instructor Michael Watson in the closing stages.

The final race of the weekend saw another great start from fifth to complete a trio of third places at his local circuit.

Sayell’s next outing is at Castle Combe in July.

The formula is changing it’s name at the meeting from Formula Jedi to F1000 – to reflect the 1000cc motorbike engines used. 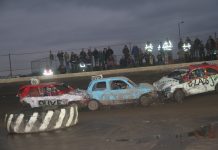 Cracker of a meeting is forecast 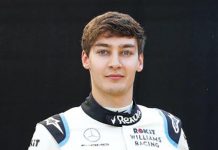 Russell getting ready for 2020 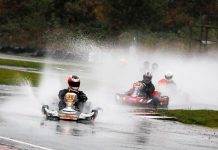