A CANDLE-LIT vigil will be held in King’s Lynn tonight (Friday) as a mark of respect for the victims of the Manchester terrorist attack.

West Norfolk Mayor, Carol Bower, will host the reflection of solidarity and remembrance. The gathering will be in Tower Gardens from 6.30pm to 7.30pm. Everyone is welcome to attend.

Mrs Bower, other community and religious leaders will speak at the multi-denominational vigil, which will begin with a welcome from Father Adrian Ling.

After the readings, there will be the chance to light candles and lay flowers. Mrs Bower said: “I know we all feel affected by the terrible and tragic attack on Manchester, and I would like to invite everyone to join us for this communal act of remembrance. Lighting a candle or laying flowers may be a small gesture, but it helps us all express the enormous sorrow and sympathy West Norfolk feels for the victims and their loved ones.”


Twenty two people died and a reported 120 were injured following the suicide bombing at an Ariana Grande concert in the city.

In the wake of the attack, security countrywide was stepped up as the nation’s terror threat was ‘critical’.

Armed police were in King’s Lynn  last week and Norfolk’s Chief Constable, Simon Bailey, spoke out in a bid to reassure residents.

The UK terror threat was lowered to ‘severe’ at the weekend, but Mr Bailey said this week policing would remain highly visible in the county.

He said heightened patrols would remain until the end of the Bank Holiday weekend and from Monday they were due to return to usual levels. He added the threat level and county’s police response was constantly being reviewed.

“If we feel it necessary to deploy specially trained officers to areas of heightened risk again in the coming weeks, we will. I would continue to ask the public to remain calm but alert – if you see anything which causes you concern, then call the police immediately. Look out for anything that seems out of place, we would rather investigate concerns which come to nothing, rather than hear an incident could have been prevented,” the police chief added. 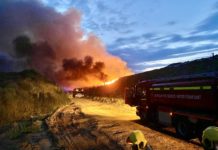 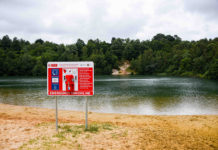 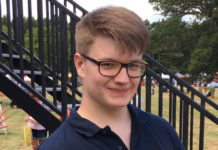