THEY may only be little, but these youngsters spent the day discussing issues such as Brexit and the use of mobile phones when driving.

It was part of Ingoldisthorpe Primary School’s Democracy Day, where pupils of all ages were able to take part.

The couple led an assembly and spent time in the classrooms answering the children’s questions in their quest for knowledge of how local government works.

“The children had a wonderful time of real-life learning,” said headteacher, Sean Wright.

“It was pleasing to see the children learning as much as they could from our community, as well being immersed in our British cultural values.”

The pupils were able to learn about the traditional mayor’s robe and its significant symbolic value.

Other activities during the day included a debate in Maple class about the law and the
use of mobile phones whilst driving.

And Oak class discussed Brexit and the issues that they might face as future adults.

Meanwhile Willow class discussed tolerance and kindness, and what it means to be a good person.  All pupils had a go at voting and were able to and voice their opinion about the differences and similarities between the rule of law, religious laws, home and school rules. 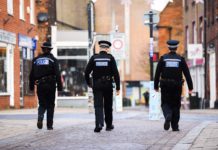 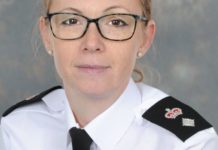