A WELL-KNOWN derelict pub is set to reopen as an ale house and deli at the end of this summer.

Lucy and Richard Golding, who own the award-winning Market Bistro in King’s Lynn’s Saturday Market Place, have confirmed they are transforming the Wenns pub next door.

The couple’s new business venture will create up to 15 jobs which will include front-of-house personnel and chamber staff.

“We haven’t decided on a name for it yet,” said Mrs Golding.

“But we want to give it a name with a nod to its history.  I’ve been doing some research and it hasn’t just been a pub, it was an upmarket hotel in the 1950s – the place to be.”

Despite its history, the couple want to take the premises in a new direction.

Market Bistro chef patron Mr Golding, explained: “It will be light and airy and we won’t be selling the normal beers on tap, it will be craft ales, premium gins and wines.

“There will also be bar snacks such as sausage rolls and Scotch eggs. All food and drinks will be locally produced.” Two of the eight double-bedroom apartments have already been completed, and will feature kitchens.

“Some of them will have lovely views of the Minster,” said Mrs Golding. The husband and wife team who have ran the bistro for eight years, are looking forward to bringing something new to the town.

Mrs Golding said: “You only regret the decisions you don’t make.” 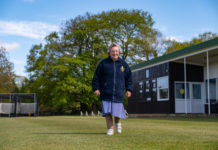 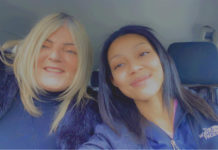