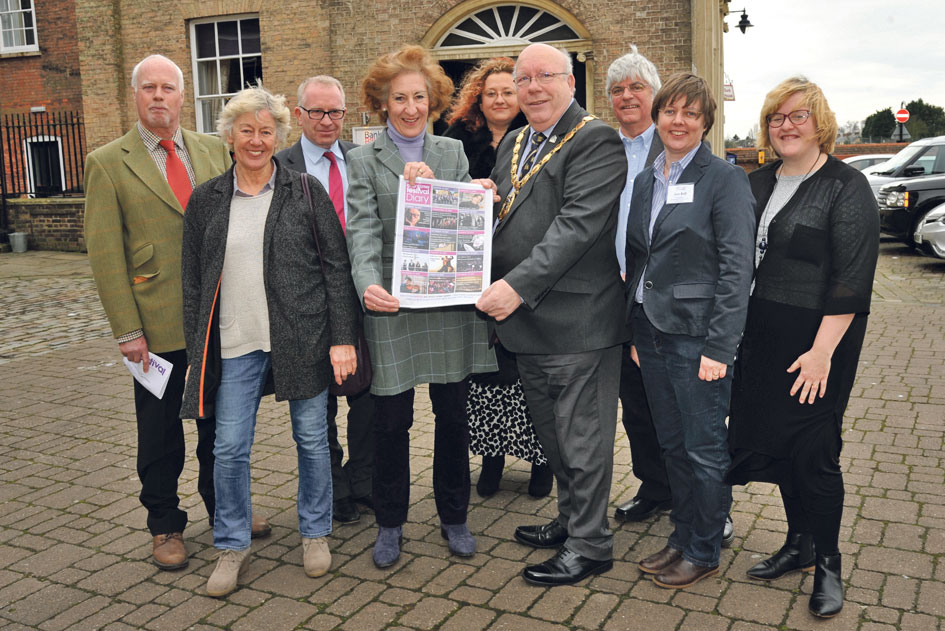 Hollywood is set to light-up one of Britain’s most notable festivals as the longest-running radio music show in the world records a concert of screen heroes and villains from King’s Lynn.

BBC Radio 2’s Friday Night is Music Night will be recorded  at the Corn Exchange as one of the highlights of this year’s King’s Lynn Festival, launched this week, outlining a stellar line-up of star acts.

As well as the BBC Concert Orchestra’s mix of classical and popular themes from ‘Tinsel Town’, TV, film and theatre, sultry swing singer, Clare Teal, and her 17-piece Hollywood Orchestra will grace the festival, conducted by trumpeter, composer and arranger, Guy Barker.

Launching the 67th festival, chairwoman Alison Croose said: “The festival never rests on its laurels and we work hard to make the festival bigger and better each year.

“The past two years have been particularly successful and now we are going for the hat-trick.

“It is a big challenge, but we believe that in July we will deliver a programme that truly offers something for everyone, without any compromise on quality.

“We are determined to maintain the festival’s tradition of excellence.”

She revealed that the festival’s artistic director, Ambrose Miller, had assembled an “exciting and inspiring programme with a quality hallmark”.

Mr Miller said: “The quality and breadth of the programme puts the festival on a level with the most prestigious festivals in Britain.”

Mrs Croose told launch-goers at King’s Lynn’s Bank House on Wednesday: “Our aim is that the festival should not only enrich the lives of the people of West Norfolk, but also ensure that the festival maintains its national standing and continues to attract visitors from far and wide to boost the borough’s important tourism industry.”

Mum thanks “amazing” helpers after fall