Detectives are treating a major blaze at a West Norfolk recycling centre as arson, police confirmed this week.

Fire broke out at Glazewing in West Dereham for the second time in just five months on Monday.

Smoke could be seen billowing from the Station Road site for miles and residents were warned to keep their windows closed amid fears of toxic fumes.

Fire crews were working at the scene for more than 15 hours after being called out at around 3.30am on Monday.

The cause of the blaze has not been confirmed, but police now believe it was started deliberately.

In August, 13 fire engines plus specialist fire appliances were called to the waste management and recycling firm.

Around 100 firefighters were involved and the fire, which broke out in a pile of general waste including plastics and metal, continued to burn for several days.

Glazewing managing director Jon Miles said: “We are keeping an open mind and will see what the fire investigation says.

“To have two fires in exactly the same place, both at weekends – your mind does start to run away with you.”

This time the fire was based in a stockpile of around 500 tonnes of mixed waste and it is thought roughly 100 tonnes were affected.

“We worked very hard to quickly put out the fire and now we are in recovery stage,” Mr Miles said.

The business is open as usual, but he said the fire had caused a great deal of stress for everyone involved.

Mr Miles said lessons had been learnt from August’s fire, adding: “We now have a quench pool so we doused the waste and managed to put it out very quickly.

“We are now getting back to normal.”

A Norfolk police spokesman confirmed officers were treating the incident as arson and said investigations were continuing.

Fire crews from Downham Market and Methwold attended the blaze. 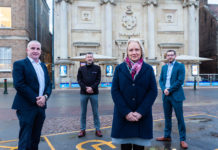 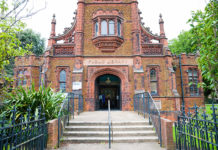