Home Port Autumn at the Port of King’s Lynn 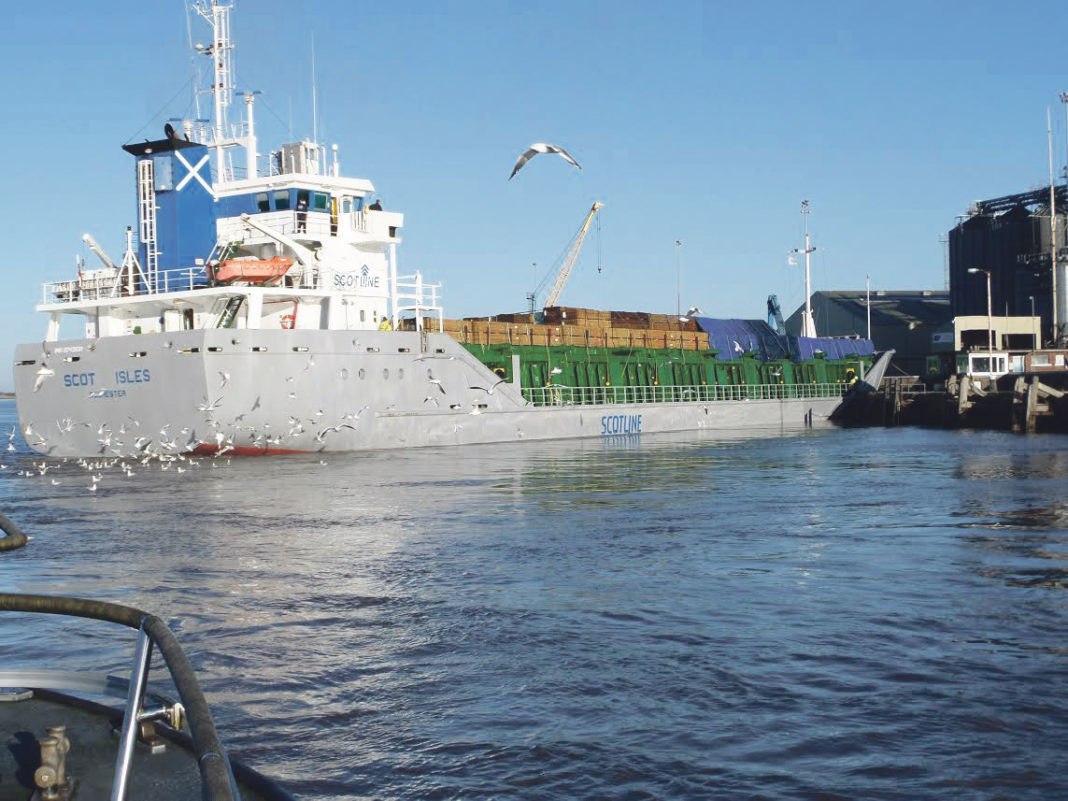 Dr Paul Richards, member of the King’s Lynn Conservancy Board responsible for the navigation and pilotage of the port, takes a closer look at activity over the last few weeks. His column will be a regular feature every two months in Your Local Paper.

Over October and November, 38 ships arrived and departed the two enclosed docks and riverside quay, with some in ballast or without cargoes. Ballast in the past comprised stones or other heavy material but today is simply sea water taken on board.

Timber for England’s building trades was again the principal import, with nine ships arriving in the Ouse in this period. Two vessels sailed directly from the Swedish port of Varberg and another from Ventspils in Latvia, but the other six ships had part unloaded their cargoes at Hull or Seaham (near Sunderland).

The Scot Isles from Varberg part unloaded at Lynn on November 28 and departed the next day for Rochester to discharge the remainder of its timber.  Of note was the size of the vessels.  The Grona Marsum and Swe Carrier which had part unloaded timber at Hull and Seaham respectively were both 99.9 metres long and among the largest which call at Lynn.

Also from Scandinavian were two ships carrying aggregate from Randers in Denmark to supply the building industry in eastern England.  The Aristote brought wheat from Bonnieres and the Pergol Hav carried maize from La Pallice in what is now a regular traffic between these French ports and the Wash.

A cargo of salt from Wismar arrived in the Eems Spirit on November 28 to treat the icy roads of our region this winter. Lynn and Wismar are both members of the New Hanseatic League which has the potential to increase trade between the Wash and the Baltic. The mayors of Lynn and Wismar were exchanging letters on commercial matters in the 15th century!

There were 15 cargoes of wheat and barley despatched from our Wash port over the two months and cereals remain its major export.  Five ships sailed for Rotterdam, Europe’s biggest port, and three for Belfast.

Other destinations were Ghent, Antwerp, Bruges, Rouen (France), Foynes (Ireland) and a cargo of malting barley went to Buckie in Scotland. Silos on the Alexandra and Bentinck docks allow the Port to offer 31,000 tons of storage for cereals and pulses (beans, peas, lentils).

For centuries Lynn has served the cornlands of eastern England as a “Granary on the Wash” to supply Europe and other parts of Britain with foodstuffs. Historic brick warehouses and maltings along the riverside have been converted to apartments and restaurants.

Of Lynn’s other exports over these months the most noteworthy is woodchip for Sweden’s power stations, with four ships sailing to Oxelosund and Stora-Vika.Three cargoes of scrap were also loaded for the Portuguese ports of Leixoes and Barreiro.

The efficient running of the Port depends on the working partnership between the King’s Lynn Conservancy Board (KLCB) and Associated British Ports (ABP).

The KLCB is responsible for navigation and pilotage; ABP is owner of the dock estate (97 acres) where it is implementing an investment programme to improve facilities. Trade through Lynn in the nine months ended September  30 2016 shows a modest but welcome increase in total tonnage with the same period in 2015, from 370,085 to 385,049.

LATE AUTUMN AT THE PORT