Home Port Late Summer at the Port of King’s Lynn 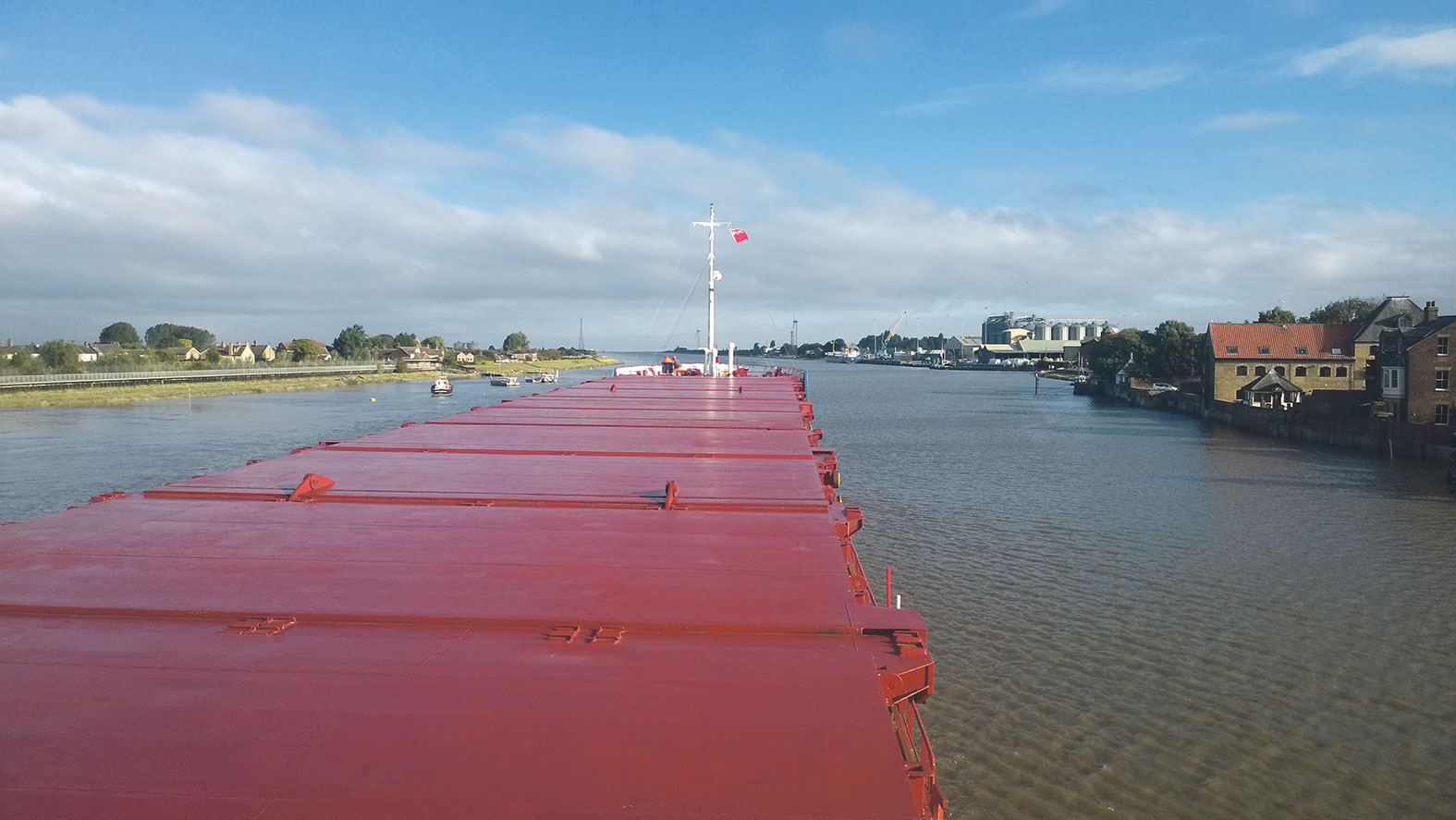 Dr Paul Richards, member of the King’s Lynn Conservancy Board responsible for the navigation and pilotage of the port, takes a closer look at activity over the last few weeks. His column will be a regular feature every two months in Your Local Paper.

The first article in this bimonthly feature reported trade through the Port in June and July.

Over August and September, 55 vessels arrived and departed the two enclosed docks and riverside quay.  Dredging of the two dock basins was undertaken by the Cherry Sand.  Silting requires such works from time to time in the docks and shipping channels around Britain’s coast.

Timber for the construction and furniture industries is Lynn’s principal import, though August is usually quiet for the trade.  Three ships from Sweden and Finland arrived with two having partly unloaded at Hull and Seaham first; the third came direct from Varburg.  In September five timber ships docked and three had partly unloaded at Hull and Seaham; two vessels came non-stop from Varburg and Riga.  The latter port is in Latvia on the Baltic from where Lynn merchants imported most of their timber in the 18th Century.

Wheat and barley remain the staple export from the Norfolk port which has served as a “warehouse on the Wash” for foodstuffs for centuries.

Modern silos on both docks have replaced the traditional brick warehouses converted since the 1960s to apartments and restaurants in Lynn.  Over the two months, seven vessels sailed with wheat or barley to Cork and Belfast in Ireland.  Another 10 ships departed our North Sea haven with the same cargoes for Amsterdam and Rotterdam.  The Sea Kestrel sailed from Aberdeen to the Wash loaded with barley for local malt houses.

An unusual cargo of over 3,000 tons of beans was shipped from Lynn to Oristano on the Italian island of Sardinia. The cargo was for animal feed. Up to about 1,750 Lynn ships imported and exported big quantities of peas and beans to feed the urban poor of England and Europe.

The port’s major export in August was rapeseed for use as biofuel, animal feed and cooking oil.  Eleven vessels carrying 25,000 tons went to Erith in Kent (4), Ghent in Belgium (4) and Rotterdam (3). Two cargoes of wood chips were also shipped from Lynn to fuel Sweden’s power stations.

Lynn’s rich agricultural hinterland helps to explain the nature of its seaborne exports and, in turn, fertilisers are imported for regional farmers.

In August the Olza arrived from Amsterdam to part unload 1,000 tons before proceeding to Ipswich.  Two more cargoes of fertiliser were delivered at the docks with the ships coming from Police in Poland and Klaipeda in Lithuania

Lynn’s trade with British and continental ports continues to be buoyant and there is scope to increase it. One route is through the urban network which is the New Hanseatic League whose member ports include Lynn, Hamburg, Lübeck, Rostock, Gdansk and Riga.

Associated British Ports (ABP), owners of the dock estate, are investing in our port to give cause for optimism.

A new £1.1m crane has been ordered which will enable Lynn to accommodate larger vessels.  Before the construction of the two docks in 1869 and 1883 the town’s Great Crane was on Common Staithe – now the home of King’s Lynn Conservancy Board and a car park.

LATE AUTUMN AT THE PORT