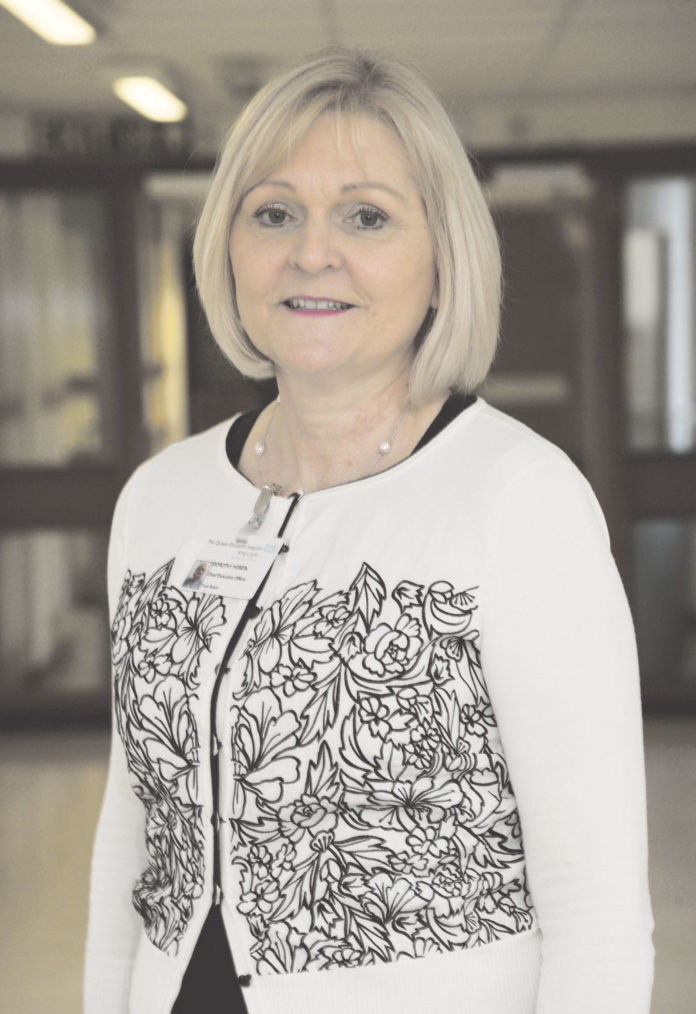 The chief executive at the Queen Elizabeth Hospital is to leave the trust at the end of December.

Dorothy Hosein has spent two years at the King’s Lynn hospital and helped to lead it out of special measures.

Governors were told of the decision on Tuesday evening and Mrs Hosein said it was made with a “heavy heart”.

“It has been the most incredible privilege to be the chief executive of this amazing hospital and to have had the opportunity to work alongside our brilliant staff, patient groups, governors, board colleagues and a whole range of partners – all engaged in the planning and delivery of excellent patient care for the people of King’s Lynn and beyond,” she said.

“I have made many friends and also had a huge amount of support, for which I am very grateful.  We truly have led the way together.

“I feel proud to have been part of the incredible quality improvement we have all been responsible for and the national and local recognition that has followed, including our major achievement of having taken the trust out of special measures.”

Trust chairman Edward Libbey added: “Though Dorothy’s leadership and drive for excellence will be sorely missed, it is my express intention to continue with, and build on, the excellent work of the last two years.”

He said the  process to find a successor had already begun.

Sir Henry said the hospital was in “far better shape” now than when Mrs Hosein arrived.

He said she had been an “impressive and motivational leader”.