Two new prickly residents are proving to be a hit with visitors at a West Norfolk tourist attraction.

Elsa and Anna, who are five-month-old African crested porcupines named after characters from Disney’s Frozen animated film, have made themselves at home at the Norfolk Lavender Animal Gardens in Heacham.

“The response from visitors has been absolutely phenomenal,” said supervisor Leanne Wattam.

“Families have really enjoyed seeing them.”

The porcupines originated from South Africa and Southern Europe and eat root vegetables.

“Although they will do anything for popcorn,” Mrs Wattam said.

“It’s their treat, but it is their absolute favourite food.”

The centre, which is part of the Norfolk Lavender attraction in Lynn Road, has provided the porcupines with their own ‘house’ which will have a heat lamp fitted to keep them warm in the winter.

Mrs Wattam said: “They are used to different climates and very adaptable.”

Staff and visitors have also noticed a difference in their personalities.

“They are feisty little characters and Elsa is the more dominant one. They do have their fights but they also groom each other and cuddle up.”

The animal gardens opened in March this year. Young visitors can pet the animals, and take part in other activities and events. See the Facebook page for more information. 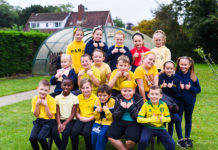 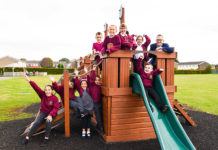