Town councillors want to devise a management strategy due to the lack of space and to improve traffic flow.

The town council owns four car-parks in Downham; The Hollies, Paradise Road, Old Fire Station and the town hall, which are all free to use.

The meeting which held with consultants, Alpha Parking, took place in the town hall on Monday.

The aim was to  give members of the public the opportunity to discuss their views on what should happen.

Short presentations were given and residents filled out hundreds of questionnaires.

Town mayor, John Fox, said there was an “amazing” amount of people who attended.

Councillors had to  print more  questionnaires due to the high demand.

He said: “They will be forwarded to Alpha Parking at the end of the month.

“It’s hard to say at this stage when the results will come through as there are so many questionnaires.”

Maureen Hibling, who owns the Sew-Inn fabric shop in Lynn  Road, said she attended the last presentation of the day.

“Personally speaking, as a trader, I don’t want there to be a charge for parking as it drives shoppers away from the high street,” said Mrs Hibling.

Laurence Welham, who owns Lewks record shop, in Wales Court, said most shop owners would be in favour of paying to park for around three hours.

He added the parking regulations for the existing spaces around the town needed to be looked at.

Town councillor, John Doyle,  said  free ticket machines which monitor the times cars are left for, could be an idea.

“My own personal view is that monitoring would give everyone a fair crack of the whip,” he said.

Questionnaires are still available at the town council offices in Paradise Road and must be handed back by Thursday, January 28. 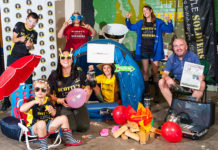 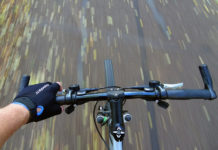