The West Norfolk Islamic Centre has been awarded best public service building in England and Wales.

The centre, which is in London Road, King’s Lynn, was judged by a panel of industry experts.

They looked at buildings and design teams who faced difficult technical or construction issues as well as building site constraints.

Mr Azam said it was a terrific milestone for the team at the centre.

He said: “We are absolutely delighted and thrilled with this win.

“We are honoured and very humbled that we have been recognised for all the work and commitment, especially in consideration of the limited resources throughout this project.

“It’s a win for the community of Kings Lynn and the county of Norfolk.”

The centre was formerly the Queen’s Arms pub until 2012.

The community rallied together to help raise money to have it converted into the centre and the first prayers were then held at the building in 2014.

LABC chief executive, Paul Everall, said: “This project demonstrates the strength of a community that funded and built this community centre.

“While the lack of plant and manpower available impacted on the design of the internal structure, this did not compromise the layout of the building and the need to provide a large open area for prayer.”

He added: “Innovative solutions to problems were found and new skills learnt by all those involved, giving the community a facility that provides seminars and lectures as well as a place of prayer and celebration.” 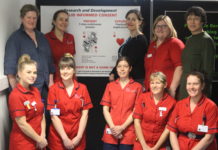 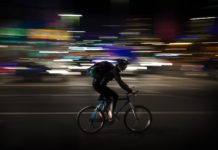 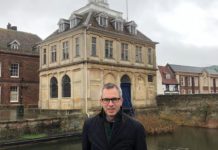 Plight of hospitality businesses under threat