Speedway fans have been digging deep to raise money for Stars rider Lewis Kerr who was seriously injured in a crash the first weekend of this month.

He has now returned to his West Norfolk Home having been in Addenbrooke’s Hospital  where he was in a critical condition with head injuries.

More than £11,000 has been pledged  to him and his family via an online appeal which was launched by fans and supporters.

He was riding for his lower league side Newcastle in an event in Peterborough when he was involved in a collision and hit a fence. The crash was witnessed by his parents and his wife Jessie, who is pregnant.

He was treated at the scene for more than an hour before being air lifted to hospital and put in an induced coma by medical staff.

But his wife said it was ‘amazing’ that he was breathing for himself on just four days after the crash and said it had been a ‘miracle 24 hours’ as he had also said the name of their unborn child.

A support fund launched for the family raised £10,000 within days and money is still coming in.

“I never dreamed me setting up this page would have the reaction like it has and I would like to thank everyone,” said the fund’s creator Caroline Love, of Mepal.

“I know money can’t speed up his recovery, but it can take some pressure off them at this very hard time,” she said.

Mr Kerr, known as Lewi, was born and raised in Snettisham and made his senior elite debut last season. He and Jessie married in December. 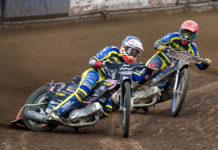 Brady goes for strength in depth 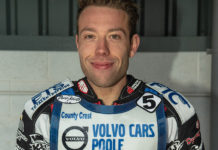