Carl Breeze laid down a Ginetta GT4 SuperCup title marker to his championship rivals with a brace of victories at Thruxton.

The West Norfolk racer claimed a pair of lights-to-flag victories and a clean sweep of podiums, with a third-place finish on Sunday, to take control of the overall leaderboard.

It saw him leave Thruxton with the championship lead and Breeze said: “It was a fantastic weekend and I’ve already picked up more than 100 points more than at the same stage last season.”

Breeze’s liking for the high-speed Hampshire track was apparent as he won the first race by a huge eight seconds.

Starting from pole position for the second outing, another lightning start saw Breeze ahead for all 16 laps.

Sunday’s reverse grid draw saw Will Burns take advantage of the start, leaving Breeze in third. The demise of Breeze’s two closest rivals in the title race – Jamie Orton and Tom Oliphant – allowed him to comfortably see out the remainder of the race in third for another crucial 26 points. 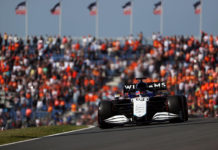 Russell teams up with Hamilton 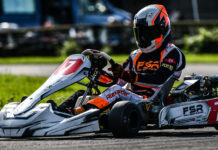 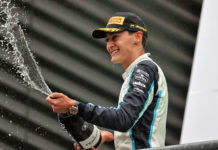