Members of a Fenland community have rallied round to support a family left devastated after a blaze at their home.

Villagers in Marshland St James have joined forces to offer help and support following the Trinity Road fire on Friday.

Two neighbouring homes were all-but destroyed in the fire which saw more than 20 firefighters at the scene.

Well-wishers raised £500 from a table top sale held at the village’s fair on Saturday and there will be another one held next weekend.

Richard Cavill, 35, lost everything in the fire at the home he had been renovating.

No-one was injured in the fire, and pets including a parrot, cats and a dog all survived.

Trinity Road was cordoned-off to traffic and Mr Cavill’s neighbour, Amy Smith, husband John and daughter were also left with a ruined home.

But an appeal through social media soon led to offers of help and everything from a new kitchen to a painter and decorator, have already been made.

Villager Peter Johnson said there was a real community spirit and he had been delighted with the response to a Facebook page which was set-up.

“It has been a fantastic response but we are still looking for trades to come forward and help too,” he said. 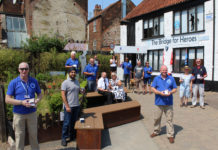 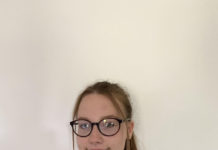 Join in countrywide show of thanks