Home News Hedgehog was kicked around like a ‘sport’

Callous teenagers were using a hedgehog as a live football in King’s Lynn.

The incident was witnessed on Saturday, April 18, in the grounds of Lynnsport when a member of the public saw a group of youngsters kicking the wild animal around “as if it was a sport”.

An RSPCA spokesman said two boys and three girls, aged around 13 or 14, where seen kicking the animal around the grass behind the skateboard shed.

The hedgehog was rescued by a passer-by and taken to the RSPCA’s East Winch Wildlife Centre where he is still recovering from his ordeal.

Centre manager Alison Charles said: “There is absolutely no excuse for treating a live animal in this callous way – just kicking him around as if it were sport.

“We urge people to remember that it is an offence to attack wildlife in this way and can cause serious – often fatal injuries.

“There is a lot of wildlife in this area and, following this report, we are concerned about how other animals are being treated.

“In this case the hedgehog has survived although it is still quite poorly in our care with injuries to his left side, possibly where he was kicked.

“We hope he will make a good recovery though and then be released back to the wild where he belongs.

“We are very grateful to the kind passer-by for stopping to rescue him and bring him to us.”

Anyone with any information about this incident should call the RSPCA on 0300 123 8018. 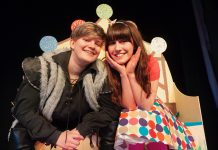