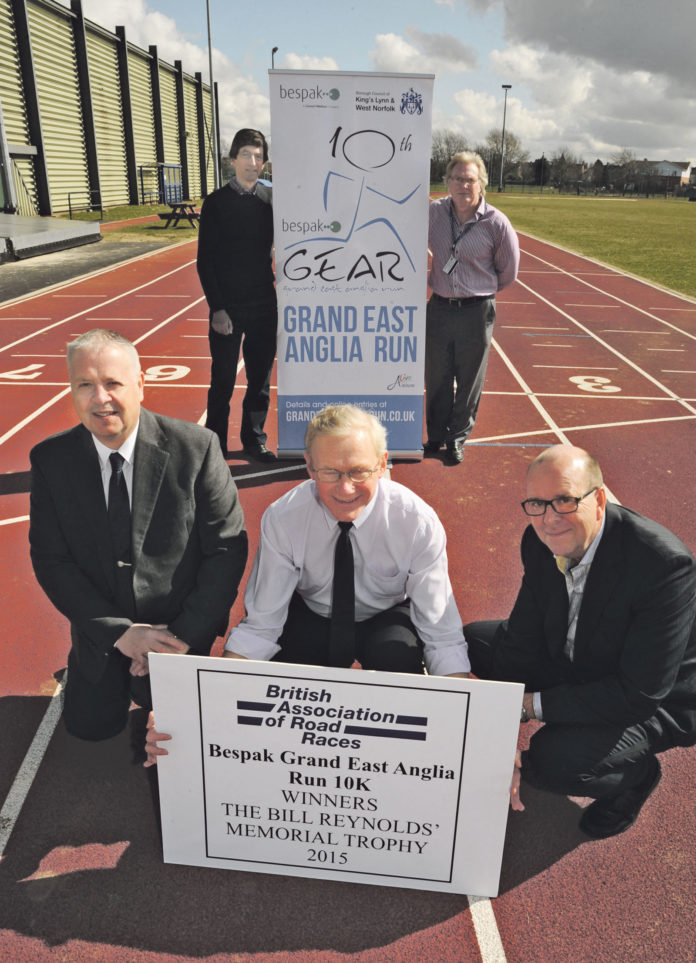 The King’s Lynn race has been awarded the Bill Reynolds Memorial Trophy for 2015 by BARR (British Association of Road Races).

Paul Wood, chairman of BARR said: “The trophy was created to continue the legacy of Bill Reynolds – past president of BARR and a man who continually sought to improve the standards of race organisation.

“The trophy is awarded annually by the committee.  We scrutinise the Bespak GEAR 10k each year in order to give it a grading. We have watched how the organisers continually look to improve on the way things are done. We are delighted to award this trophy to such a worthy winner.”

Race director Roger Partridge said: “This award is testament to all the hard work that goes into organising this event. We couldn’t do it without all the support we get from volunteers and our partner organisations. It is a real community effort and I know that everyone gives it 100 per cent to keep making it better each year.”

Jon Benstead, divisional purchasing manager of North Lynn firm Bespak, said: “Bespak is proud to be associated with this award-winning event. We have sponsored it from the start and have watched it grow into the success it is now.”

The first event took place in 2006. Organised by West Norfolk Council, it has taken place annually since then, although some changes have taken place over the years.