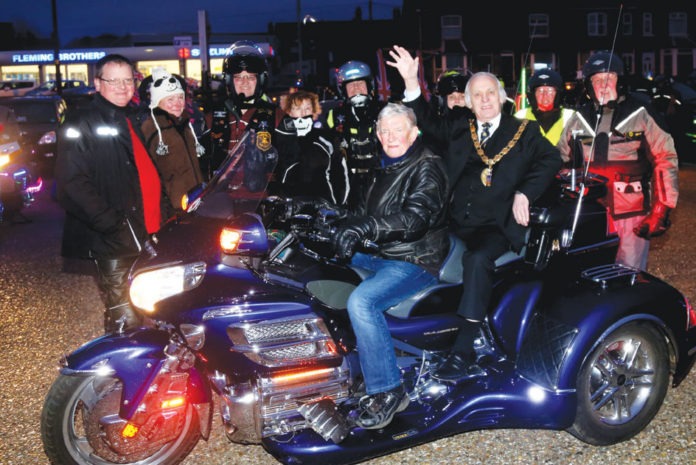 But despite the conditions, the riders were not deterred as they had travelled from near and far to take part in the sixth light parade.

The event, held over the weekend, was organised by the Norfolk Goldwings which is part of the Honda Goldwing Owners’ Club of Great Britain.

Local organiser Paula Penn said people were reluctant to turn out on Saturday, but Sunday had been a much better day.

“We still had a good time and we raised £900 for the East Anglian Air Ambulance,” said Mrs Penn.

Some of the riders arrived on Friday with their bikes and trikes while others travelled on Saturday. The machines were on display on The Green and on Saturday night, between 35 and 40 motorcyclists rode their pride and joy machines around the town with the lights blazing.

West Norfolk Mayor Barry Ayres and his wife Christine were guests and attended a presentation evening in the new Lounge Bar at Searles.

Mrs Penn said some of the riders made the journey from Yorkshire, Kent, Hull and Leeds to take part.

Seventeen riders took their machines for a spin on Sunday to Sandringham and then on to King’s Lynn.