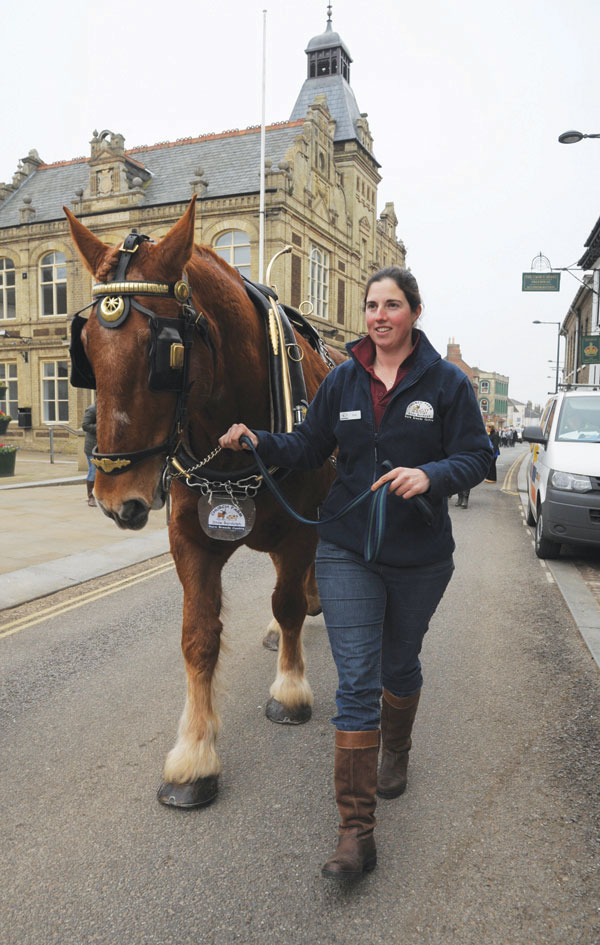 Hundreds of people lined the streets for this year’s St Winnold’s Day parade through Downham Market.

A civic procession left the town council offices at 9am last Friday and wound its way around the town.

Dignitaries from across the region took part in the event, which celebrates the Downham’s horsetrading past and the continued success of its markets.

The parade was led, as usual, by Bernard the Suffolk Punch and his trainer Elise Howard from Church Farm at Stow Bardolph. The 21-year-old horse recovered from a foot injury just in time to take his spot at the front.

Children from the Nelson Academy and Hillcrest Primary School were among the crowd and they created horse-related artwork for the occasion.

The St Winnold’s Fair moved into Downham in the early 19th century after being held in the area for centuries.

Thousands of horses would have been bought and sold at the fair, which was one of the largest of its kind in Europe.

This year’s parade coincided with the best solar eclipse seen in years.