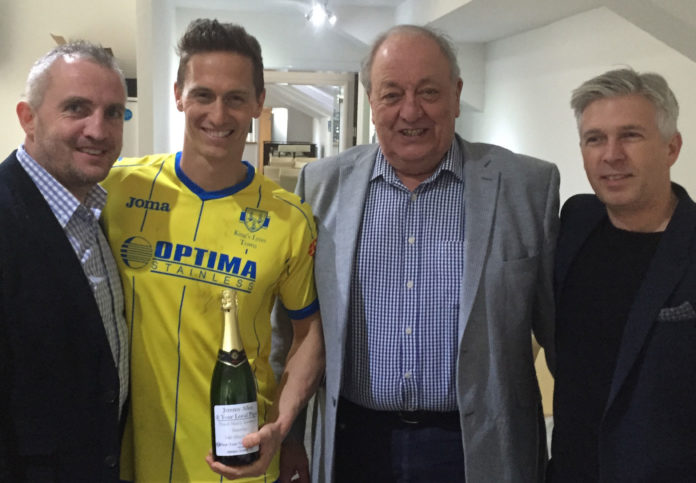 FOOTBALL: Dan Quigley’s goal earned King’s Lynn Town victory at Witton Albion on Tuesday and eased fears of being dragged into a relegation battle in the Evo-Stik League Premier Division.

It was the Linnets’ first away clean sheet of the season and came three days after a spirited 1-1 draw against Ashton United.

Quigley struck the only goal of the game when he finished from substitute Jacek Zielonka’s cross in the 71st minute but the win was marred by a red card for striker Sam Mulready, after a punch on home keeper Andy Robertson.

It was Alex Street that manager Gary Setchell was hailing the hero. On numerous occasions the goalkeeper kept the home side at bay, including a triple save to deny Danny Andrews and Jamie Rainford.

New signing Zielonka was the home hero on Saturday when he grabbed a 90th-minute equaliser at The Walks.

* Visit thelinnets.co.uk for the latest news.