The country’s smallest and rarest swan has suffered a dramatic crash in numbers.

The Ouse Washes can host up to a third of the Bewick’s swan population of north west Europe – making the area internationally important to the species.

Scientists from the Wildfowl and Wetland Trust, which has a reserve at Welney, fear the next census, due this year, will show a further fall in numbers.

Despite habitat protection, the Bewick’s is falling fast and the WWT is raising money with its Hope for Swans Appeal to put together an international action plan.

Many of the birds carry shotgun pellets having been hit during migration from the Arctic breeding grounds. They also die from lead poisoning from the shot.

Welney staff are tracking Hope – a Bewick’s swan currently making her way across northern Europe to West Norfolk for the winter. 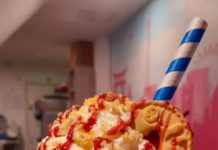