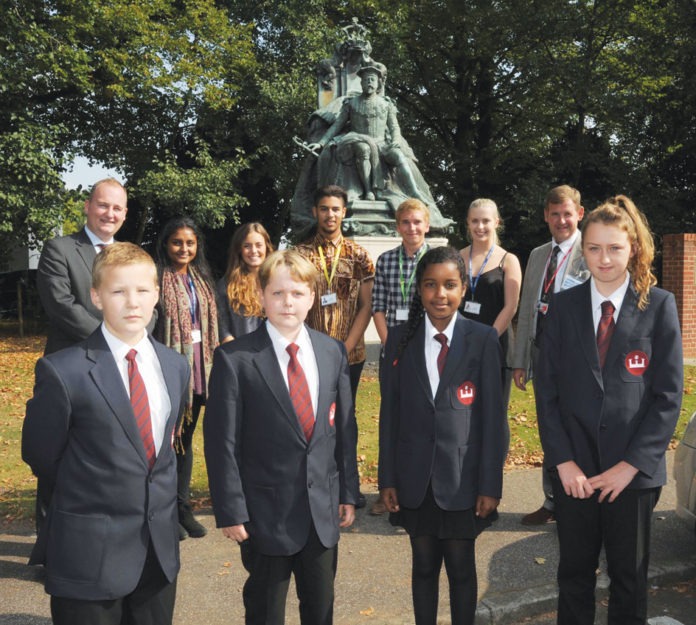 A new era was marked at a King’s Lynn school on Tuesday when it was officially launched as an academy.

The college Academy Trust has sponsored the school’s conversion to academy status following an Ofsted inspection last year which placed the school in special measures and graded it as “inadequate”.

David Pomfret, chief executive of the college Academy Trust and newly-appointed chairman of governors at the academy, spoke about the history of KES, which can be traced back to the 16th century.

He said: “The trust will be very respectful of the heritage of the school, its unique place within the town and build on this strength.

“That is why we have retained the name and incorporated the heritage in a contemporary way in the new branding.”

He added: “The governing body has set out a clear vision, with values and priorities that will ensure all who are associated with the academy work tirelessly to ensure it rapidly becomes a good school.”

Craig Morrison, principal of both the King’s Lynn Academy and the King Edward VII Academy, said: “My own philosophy is that there can be no bystanders in learning, to achieve a happy academy where learning and achievement are at the core will take hard work from everyone including students, parents and all academy staff.

“There are many challenges to overcome, but the quality of the students is not one of them.

“Clearly, we will be striving for improved exam results next year, but there are many steps along that journey including improving attendance and personalised learning experiences for each student.”

The former KES headteacher Michael Douglass announced his retirement in May.