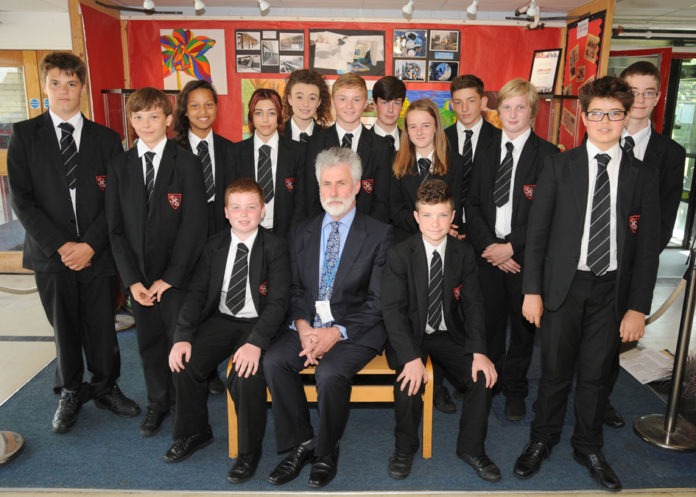 Smithdon High School in Hunstanton has received a glowing Ofsted report just a month before its headteacher steps down.

The education watchdog visited  in June and the report, published last week, rates the Down Road school as ‘good’ in all key areas, including teaching and the achievement of pupils.

Jon Goodchild, who is handing over the headship after a decade, said he was delighted to be leaving the school in such a strong position.

“This report represents the culmination of years of work by many staff,” he said.

“When I became headteacher ten years ago, I was very concerned about the school.  We have had a very tough journey which included being placed in special measures several years ago.

“The report is accurate and useful. It confirms the many strong features of the school as well as the areas we still need to work on.

“The new headteacher, Paul Marsh, will continue to develop the school with all eyes firmly fixed on the goal of becoming outstanding.”

Inspectors were particularly  impressed by the progress made in maths and English and in the school’s sixth form.

“Teaching has improved as a result of strong systems to evaluate its quality, which are followed up by well-focused support and training,” the report says.

“Relationships between staff and students are a strength of the school and have a positive impact on students’ learning and behaviour.

“The sixth form is good. Current progress made by students is good and improving due to good teaching.”

Pupils’ performance is carefully tracked, with data used to plan extra support and help where it is needed, inspectors say.

School leaders and governors were found to be highly ambitious for the school’s future improvement and have high expectations of staff and students, the report goes on to say.

Mr Goodchild, 59, plans to teach mathematics, physics and chemistry on a part-time basis in the new school year.

“I have been headteacher in two secondary schools, leading both from a position of very significant weakness to Ofsted’s categorisation of good,” he added.

“The process is exhausting for all, not least the headteacher.  I am looking forward to working exclusively with students in the classroom again.”